The Equipment (Part One)

Okay, I caved and bought a new bike -- a Surly Disc Trucker, so named because it's one of those relative rarities, a road bike with disc brakes. The brakes add some weight over traditional calipers, but for stopping in the rain, they're really unparalleled. The bike also has a steel frame, which is another one of those weight trade-offs. Steel (as compared to aluminum) is heavier, but gives a softer, less bumpy ride, which is an important consideration when tackling over 4000 miles.

But buying the bike is only the first step. There's a lot of customization that follows. Which pedals? (I bought Time.) Then you have decide what racks you need (i.e., will you be carrying luggage on both the front and rear wheels, or only one?). Fenders? (Yes, an absolute must in the course of three months of riding.) What about the saddle? (I swapped out the decidedly sub-standard one that came with the bike for a Romin Evo Pro.) Gear shifters? (I also swapped out the OEM bar end shifters for Shimano STIs.) Handlebar shape? Handlebar tape? (Both changed.)

The first picture below is of the bike fully-loaded (speaking of weight) -- I ended up deciding to go with two smaller front panniers and a rear trunk bag that also has two light-duty panniers. The idea is to balance the weight between the front and back of the bike for better handling. And I think it works. I tried a boatload of different configurations before settling on this one. It also means, I hope, that I won't overpack (speaking of weight again). If I don't have the space to fill, well, it doesn't get filled. 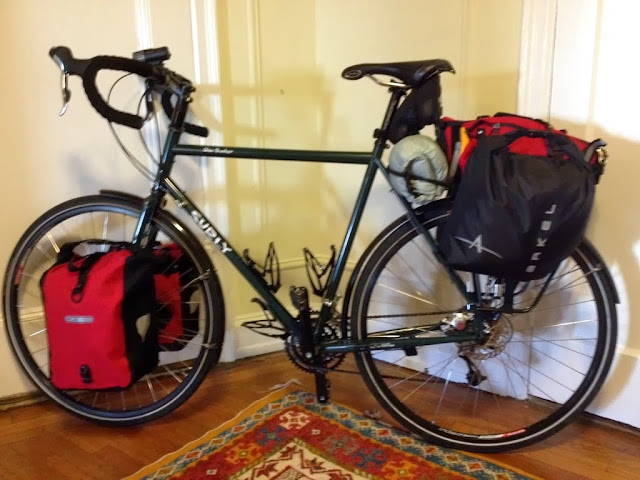 The other pictures show you some of the hardware complexities involved (especially with disc brakes). The S shaped metal brackets are for mounting the front panniers. The last photo shows my front fender mount which, if you inspect closely, I had to bend by hand to fit down and around the disc brake. 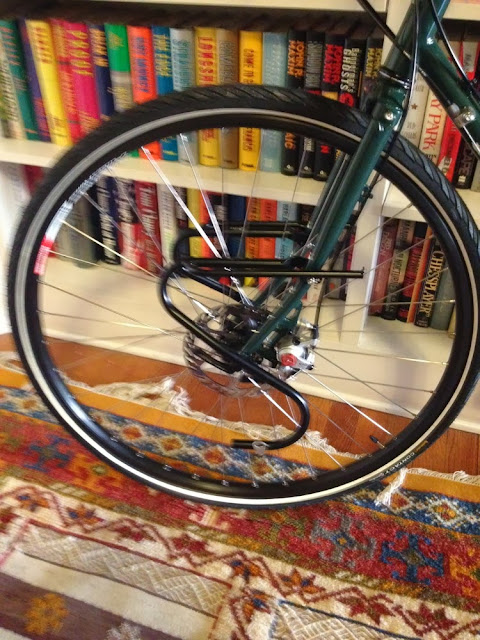 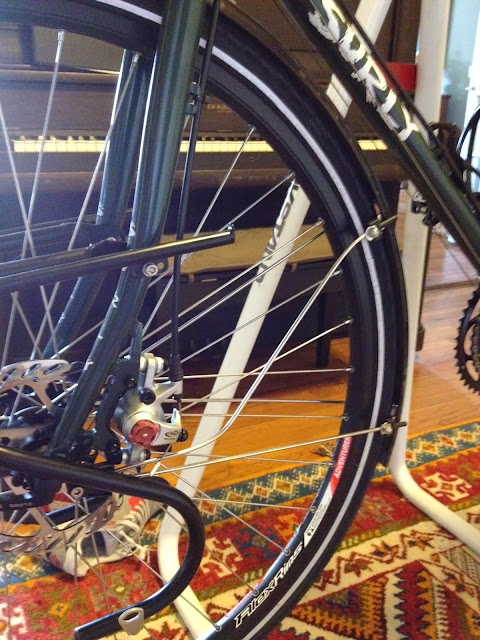