Today was a long one. We rode from Hot Springs, MT to Kalispell, MT, clocking 68 miles along the way and over 3000 feet of total ascent. I was dead tired at the end, and didn't roll in until almost 6 pm, hence the delay in this post.

The day started magnificently. We headed north out of Hot Springs on empty back roads that meandered through hills, open fields, streams and ranches, with the backdrop of mountains to the East. Even the roads being gravel for part of the time didn't impinge (much) on the pleasure. It was truly some of the most pleasant biking I've done this trip. This lasted for about 20 miles.

Then we turned East, back on to a newly-paved Route 28. Newly-paved without shoulders. Into a fierce headwind. Uphill. With a hot sun. The day was just beginning. Actually it turned into about 10 of the slowest and hardest miles I've done. The grade was typically only (!) in the 2 to 4% range, but it went on the whole time, and with the wind fairly strong, I found myself in low gear going about 8 mph for the most part. I was very glad when the route turned back North and stopped ascending.

I had a screaming descent (not me, the bike) into the town of Dayton, where Bob (who is such a strong rider it's unbelievable) was waiting for me at the Idle Spur saloon. A lovely joint, with a shaded outdoor space overlooking a meadow vista, and a wonderfully attentive and nice waitress, Carla. A burger and a pitcher of Arnold Palmers later, and I was almost ready to hit the road again.

But there were a bunch of rolling hills along the way, and by mile 50 I was losing steam. And, in the TMI category, the new saddle was worse. Which I should have known, since I tested it extensively in NY while training, and I didn't take it with me on the trip for very good reasons! But hope springs eternal I guess. In any event, I swapped back to the old saddle, which immediately felt more comfortable, and kept pedaling, spurred on by a sign for a Dairy Queen 2 miles away in Lakeside.

But a funny thing happened on the way to the DQ. Lakeside is aptly named for being, well, along side a lake. And it looked so appealing as I was pedaling into town, with a public beach right there, that I went swimming (a definite Peter Schwed moment). It was pretty darn cold, but boy was it refreshing. I even skipped the DQ afterwards (sorry Ben). However, I will say that riding afterwards, in soggy bike shorts, was probably not the best idea I've ever had.

I kind of limped the final 18 miles into Kalispell and checked into the Econo Lodge, where Bob was already waiting (of course) with a delicious bottle of a Washington Red Meritage, some aged cheddar and some raw carrots. An excellent travelling companion! 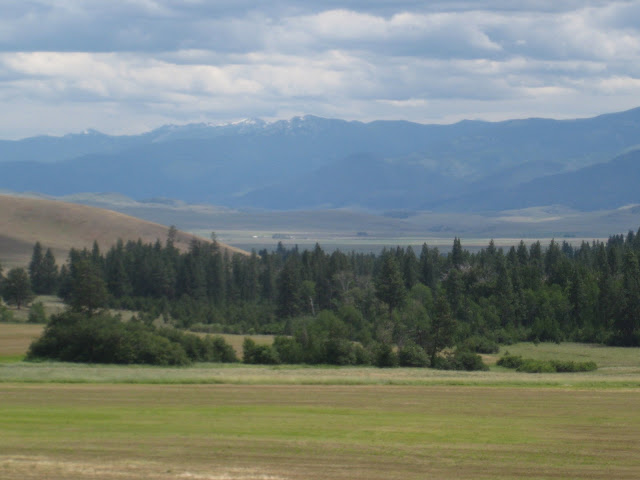 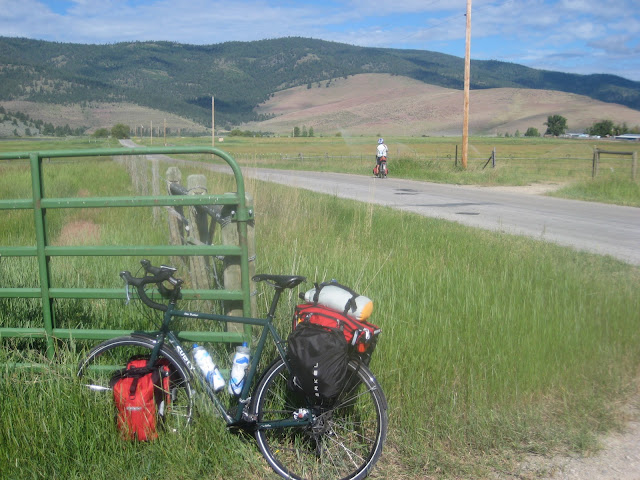 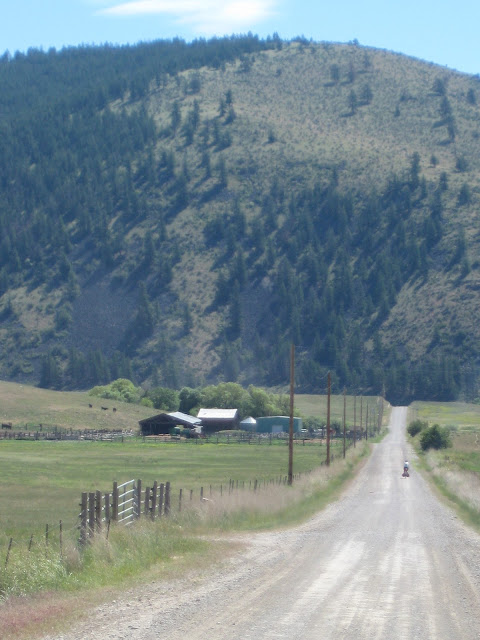 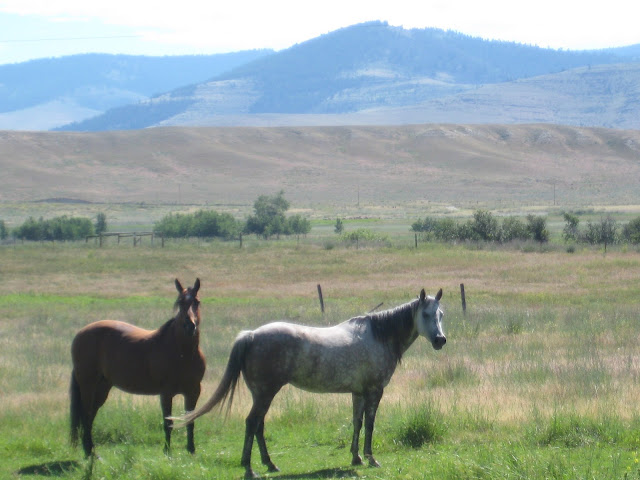 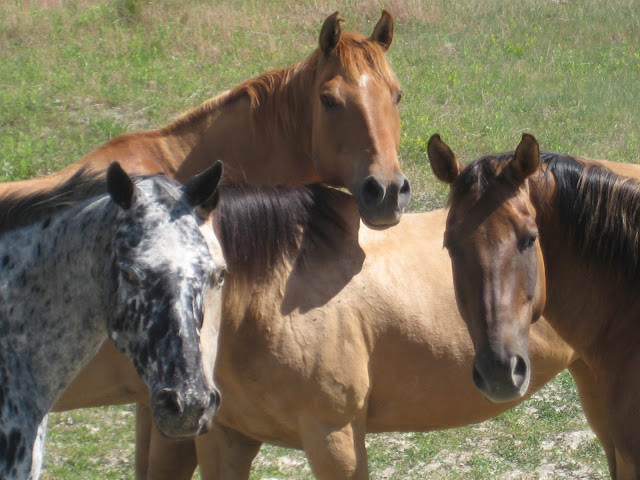 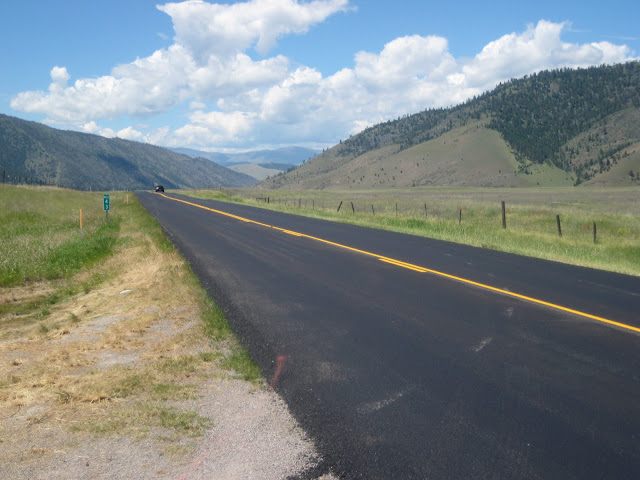 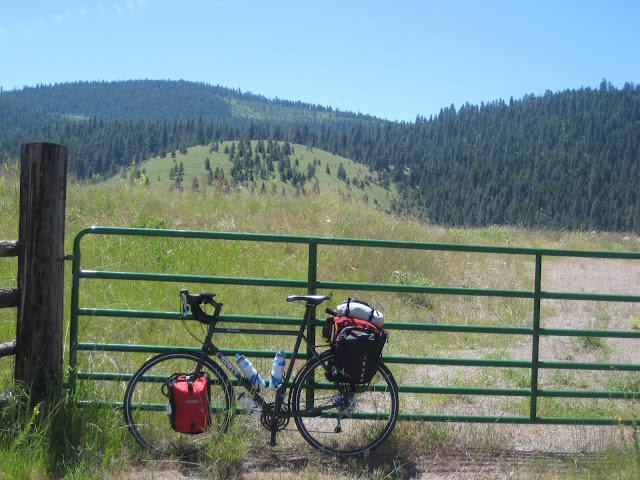 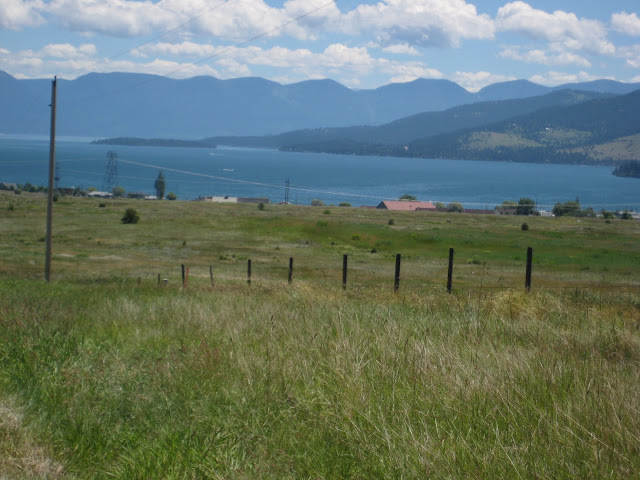 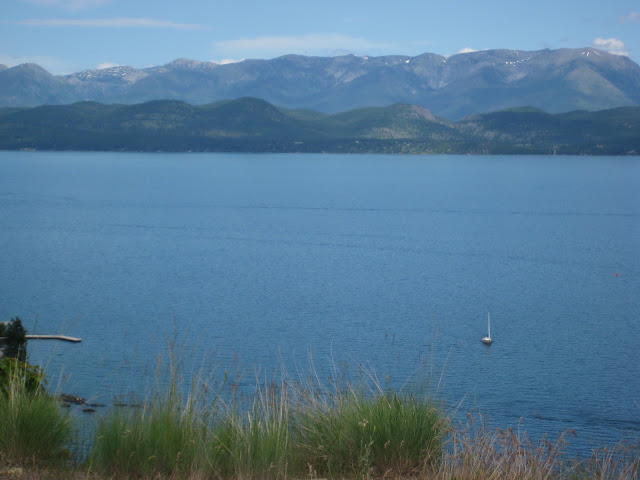 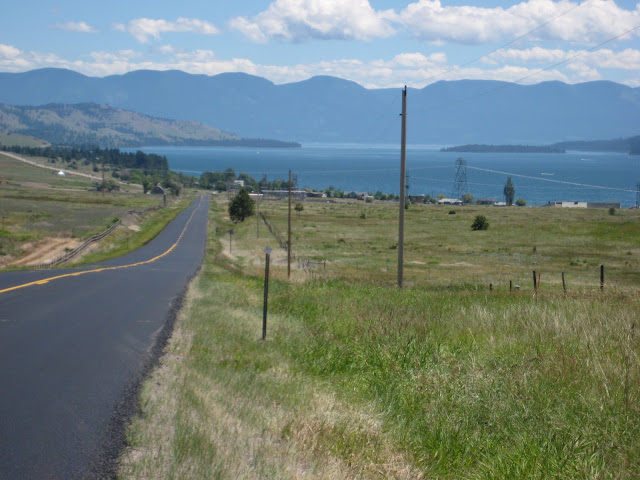 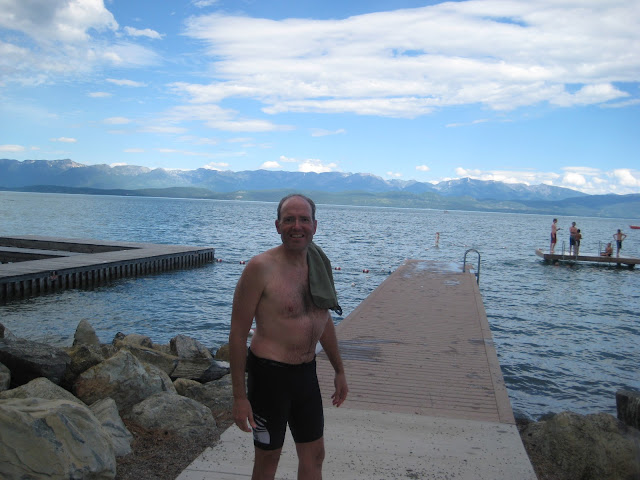 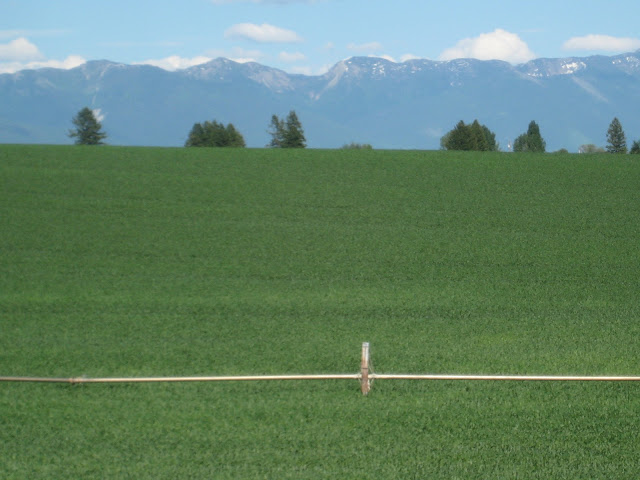