Day Forty: The Badlands Rock! (so to speak)

Well, after yesterday's near disaster, I'm glad to report that today's ride was stupendous. We got up at 5 a.m., hit the road by 6:30 and headed out of Wall, SD to ride the Badlands Loop (Route 240). Ultimately we covered about 54 miles and ended up at the Triangle Ranch B&B, which is located up past the Northeast corner of the Park (between Philip and Cottonwood) and sets us up nicely for our ride tomorrow to the metropolis (not!) of Midland, SD.

First, leaving that early was a good move and, in truth, an hour earlier would have been even better. It was a cool 67 degrees outside and there simply was no traffic. Indeed, at this most famous of National Parks, we really didn't see much traffic until around 10:30 or so, and, even then, it was lighter than we expected. Maybe that's explained by the heat, maybe by the economy, but the Badlands shouldn't be missed -- even if you have to resort to traveling them by car!

But by bike was great. The entire Loop road is fantastic (there's about 30 miles of it, the rest of our ride was outside the Park -- getting to it and leaving it), but there's also a scenic overlook every few miles or so -- and these are definitely not the overlooks you are used to when driving I-95. A few of the overlooks give you views over vast prairies. The vast majority, however, display rows of jagged pinnacles, of varying heights, shapes and colors. And each ten steps you move in another direction reveals an entirely changing perspective. Typically on this trip, I've averaged anywhere from 9 to 11 miles an hour on my bike, inclusive of stoppage time, and 12 to 14 mph average while moving. But going through the Badlands, and being wowed by each new vantage point, we didn't even eke out 6 mph!   (In my defense, for any shocked road racers following this blog, those numbers are on my fully-loaded Surly steel frame touring bike, which, all together weighs about 40 to 50 pounds more than your typical fancy-dancy road/racing bike.)

In fact, our overall speed slowed down even more in the early afternoon when, just about finished with riding the Loop, we took advantage of some shortish hiking trails to get further out into the rocks and obtain additional amazing views. I took one trail called "Window" and then another, called "Door" -- and they did just that -- giving me peeks into the interior of the rocks, and deep canyons -- that very nicely complemented what I had seen from the Loop road.

If there was one disappointment to the day - and it definitely was a double-edged sword -- it was that the day was overcast for the most part. That definitely helped our riding, and kept us cooler (again, it was in the mid-90s), but it meant that some of the pinnacles were more muted, and the range of colors and separation between craggy peaks less revealed, than they would have been with a low-angled sun hitting them. But that's a quibble. All in all, it truly was spectacular, and I hope some of the uploaded pictures even partially succeed in conveying the beauty and uniqueness of the Badlands.

By the way, the Triangle Ranch proved to be a great coda to the day -- even with about 10 miles of gravel road approach. The owners, Lyndy and Kenny, were amazing hosts and convivial conversationalists and story tellers -- and Kenny, who works for the county, among other things helping to grade the roads, was directly responsible for the excellent condition of this particular gravel road (thereby enabling the road to be a tag on to this post, instead of the lead). But Lyndy was the star of the show, maintaining a beautiful B&B with effortless-looking grace, cooking up a great dinner (Kenny did the grilling) and breakfast and, perhaps most appreciated, sharing with us her family's history (going back to her great grandmother, an original South Dakota homesteader) of growing up on the ranch. Great stuff. Triangle was a treat in and of itself, and a lovely respite from the chain motel routine. 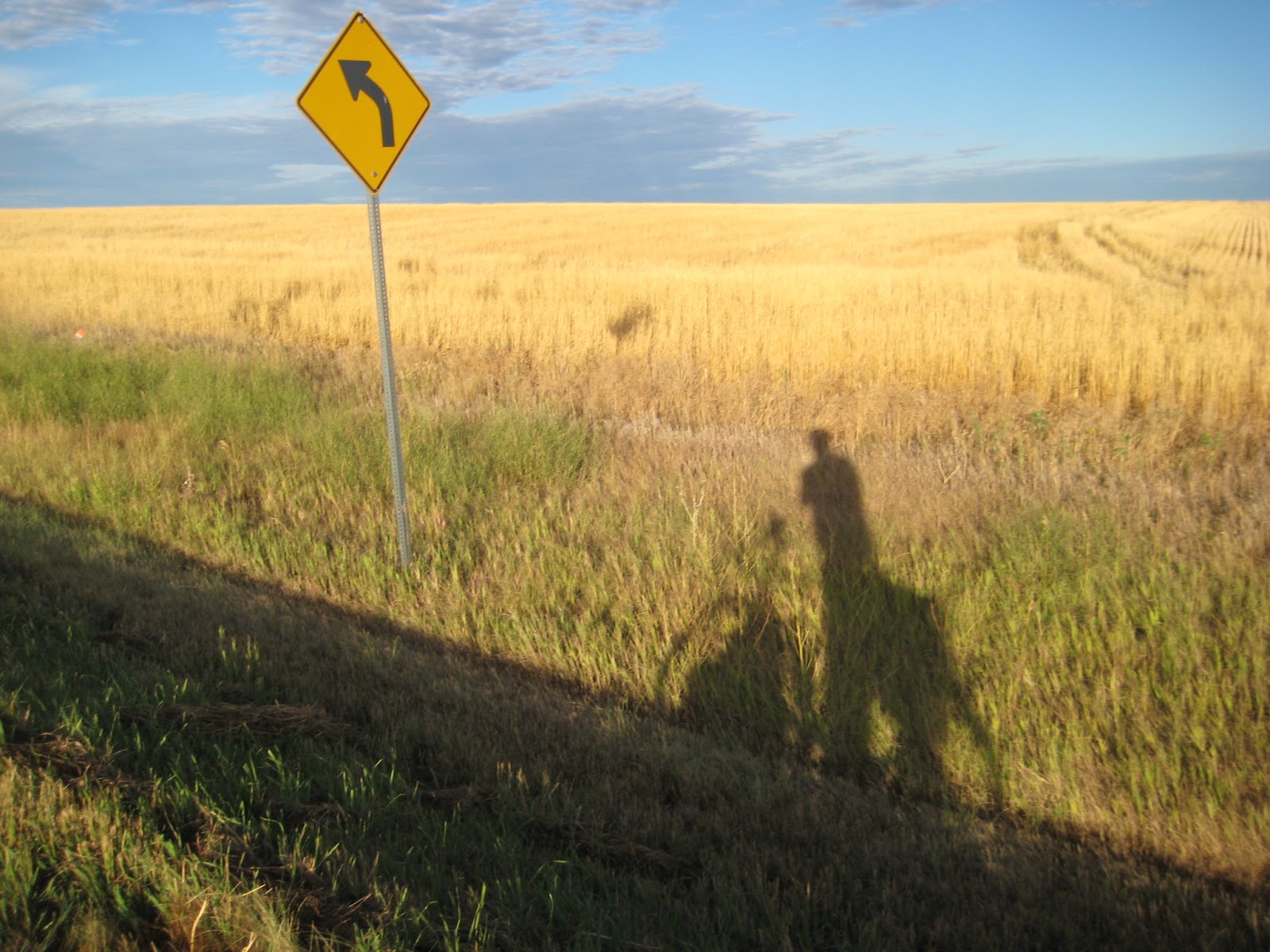 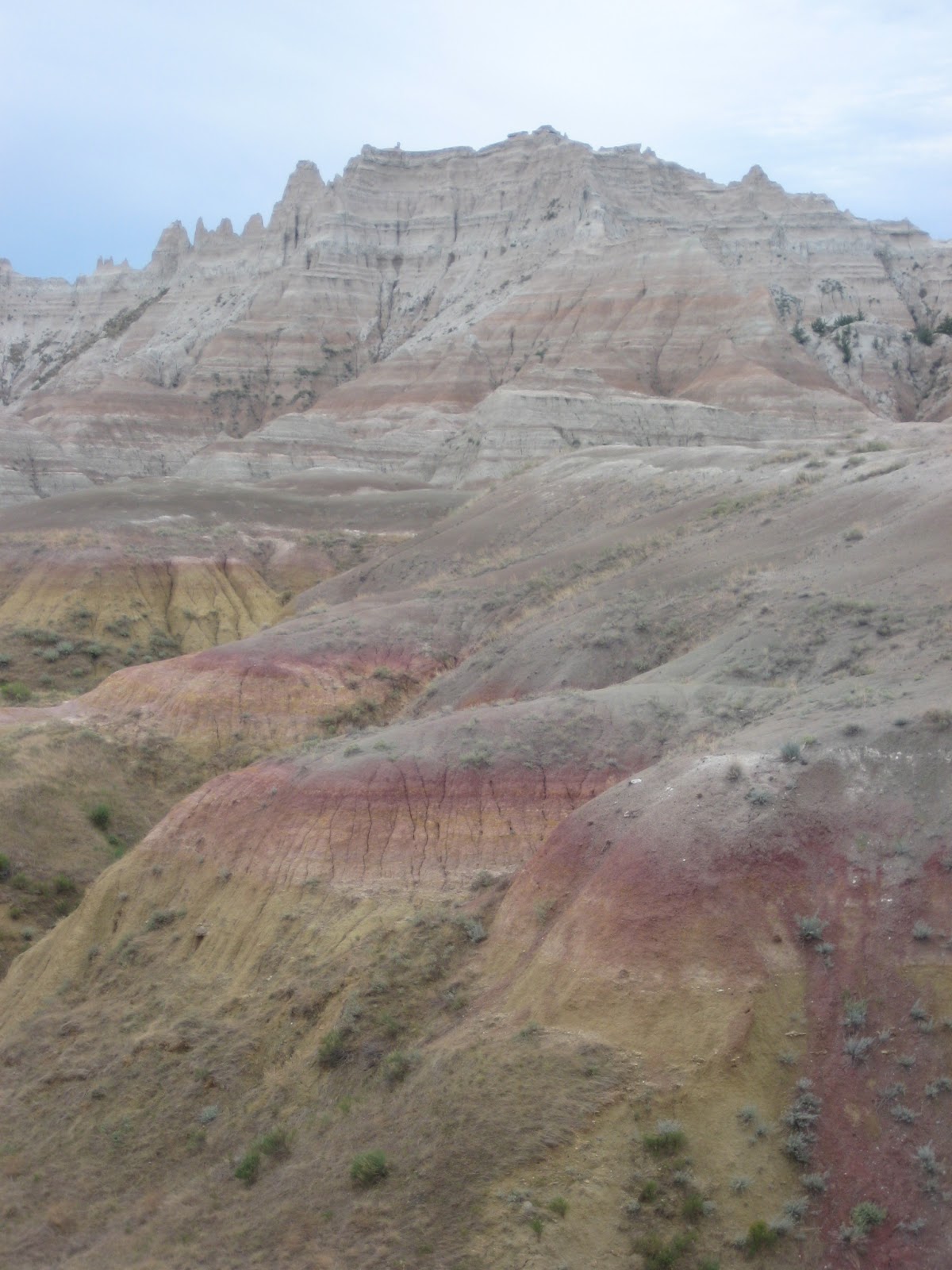 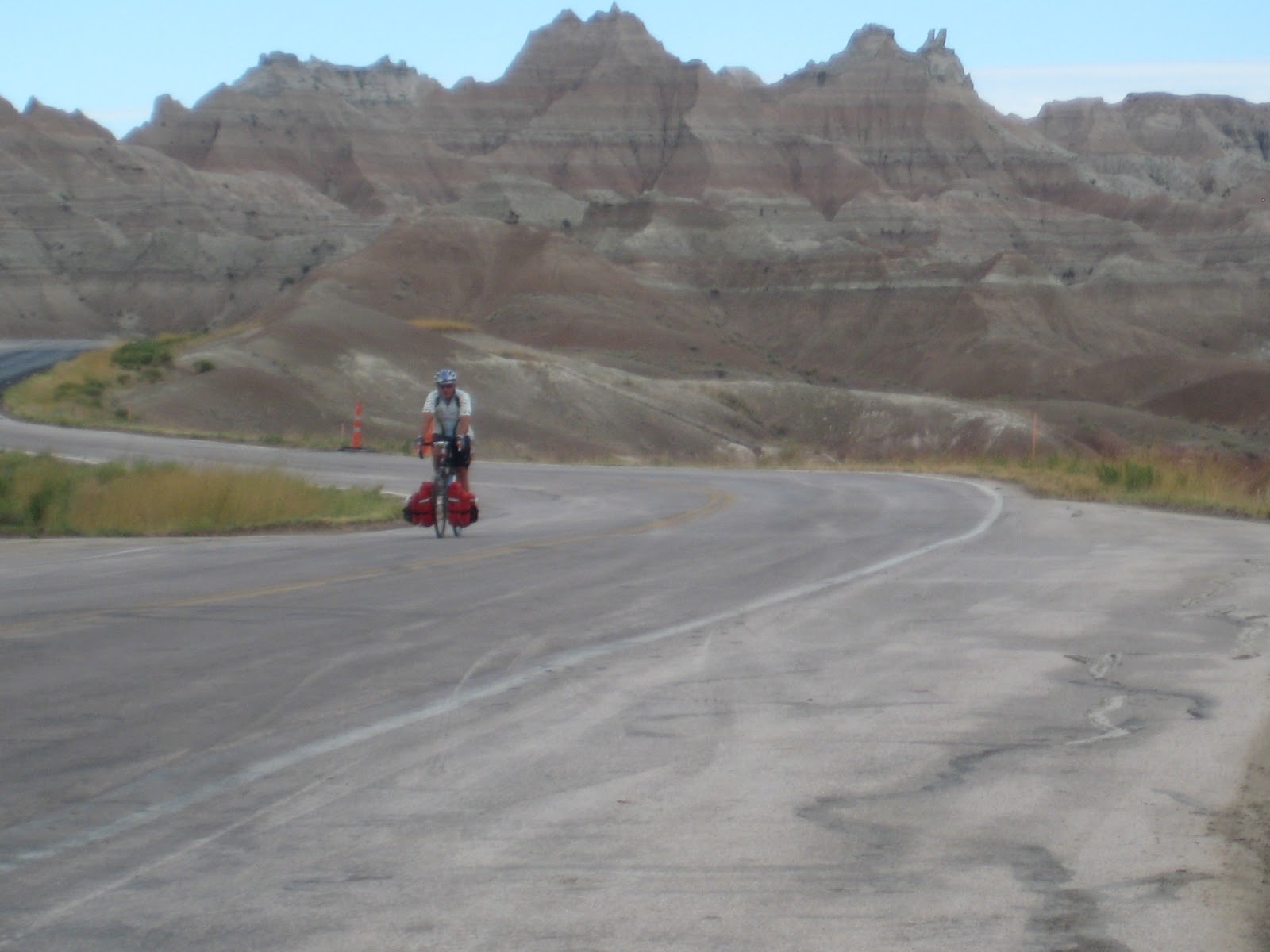 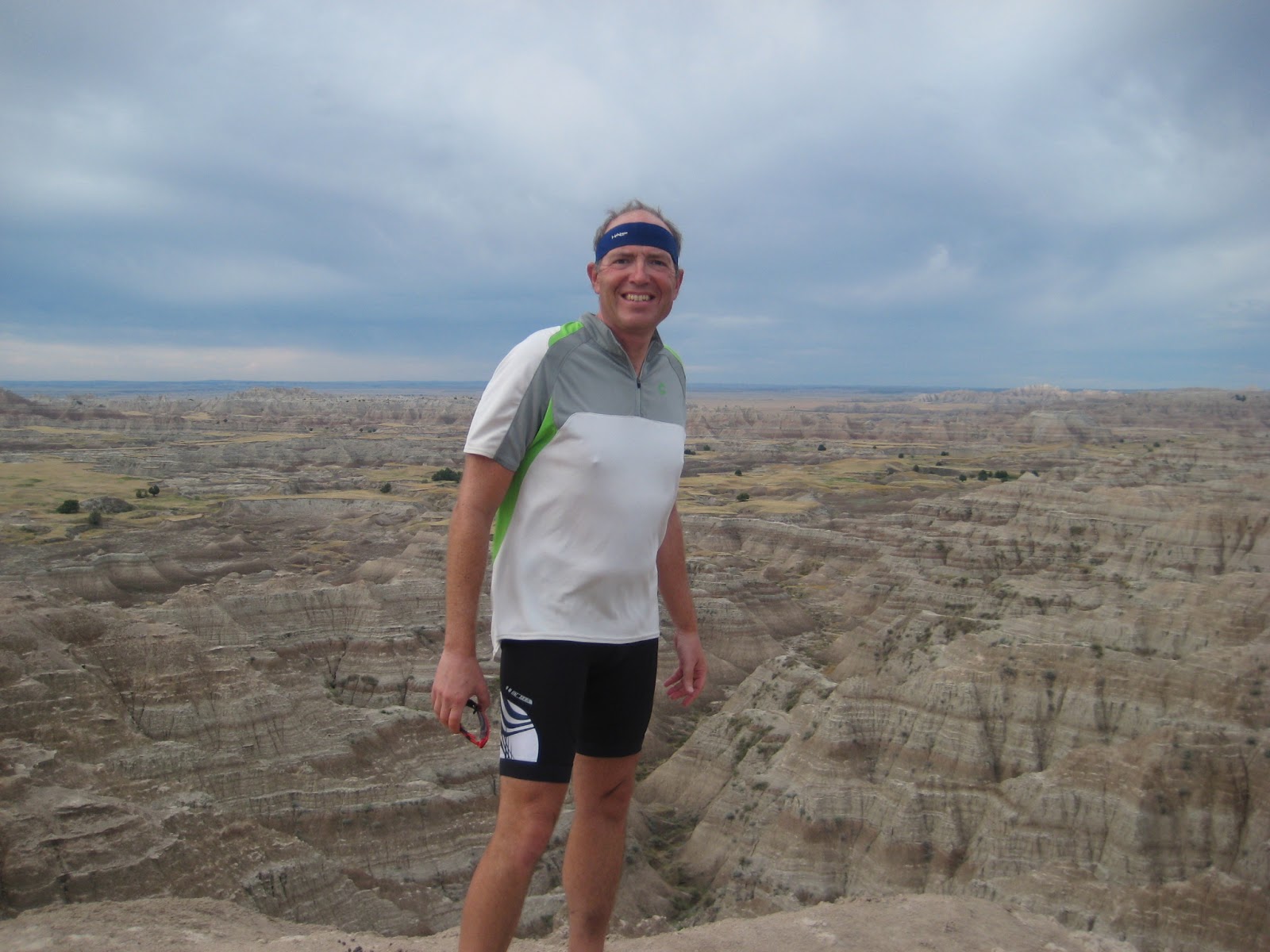 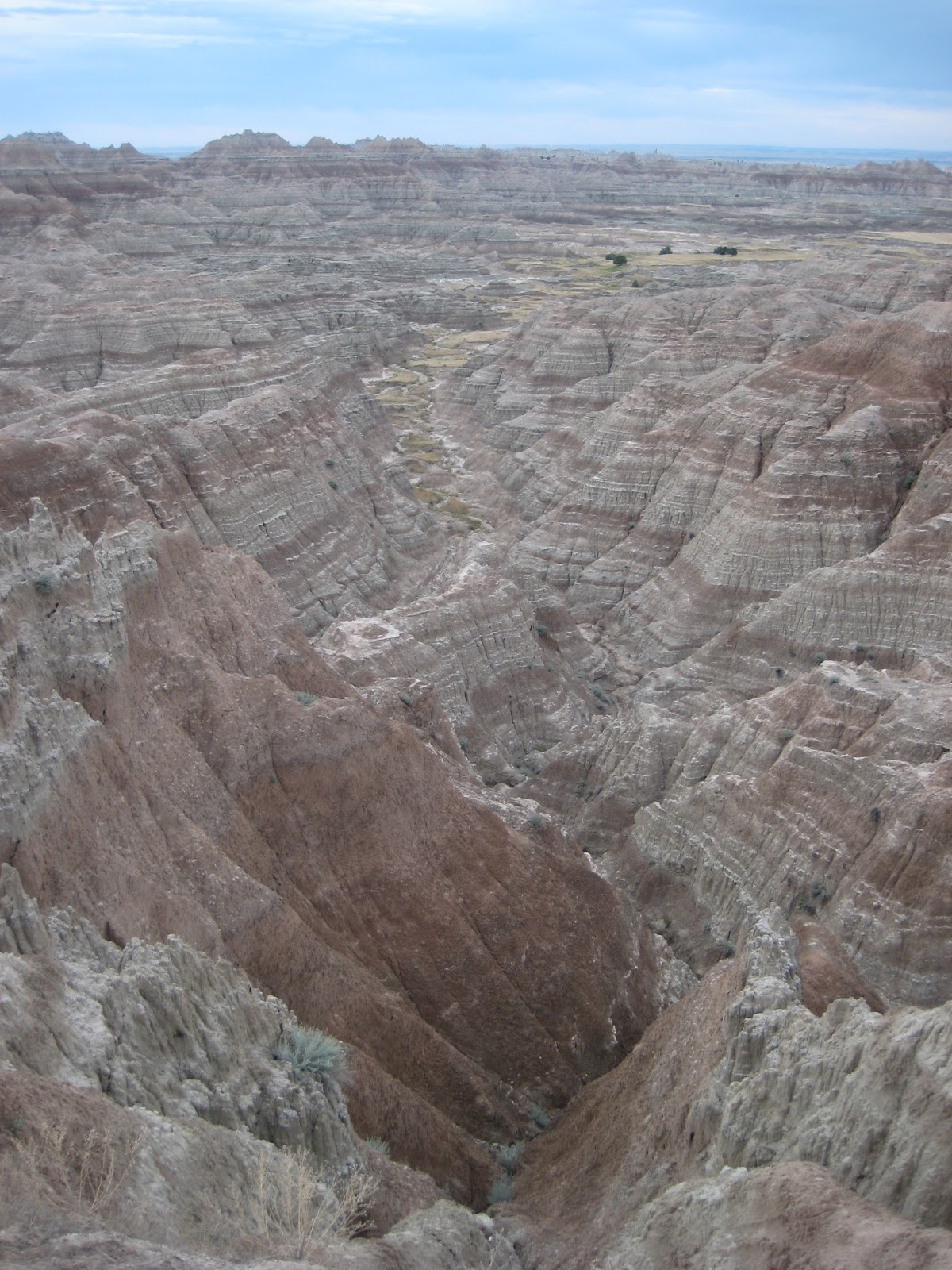 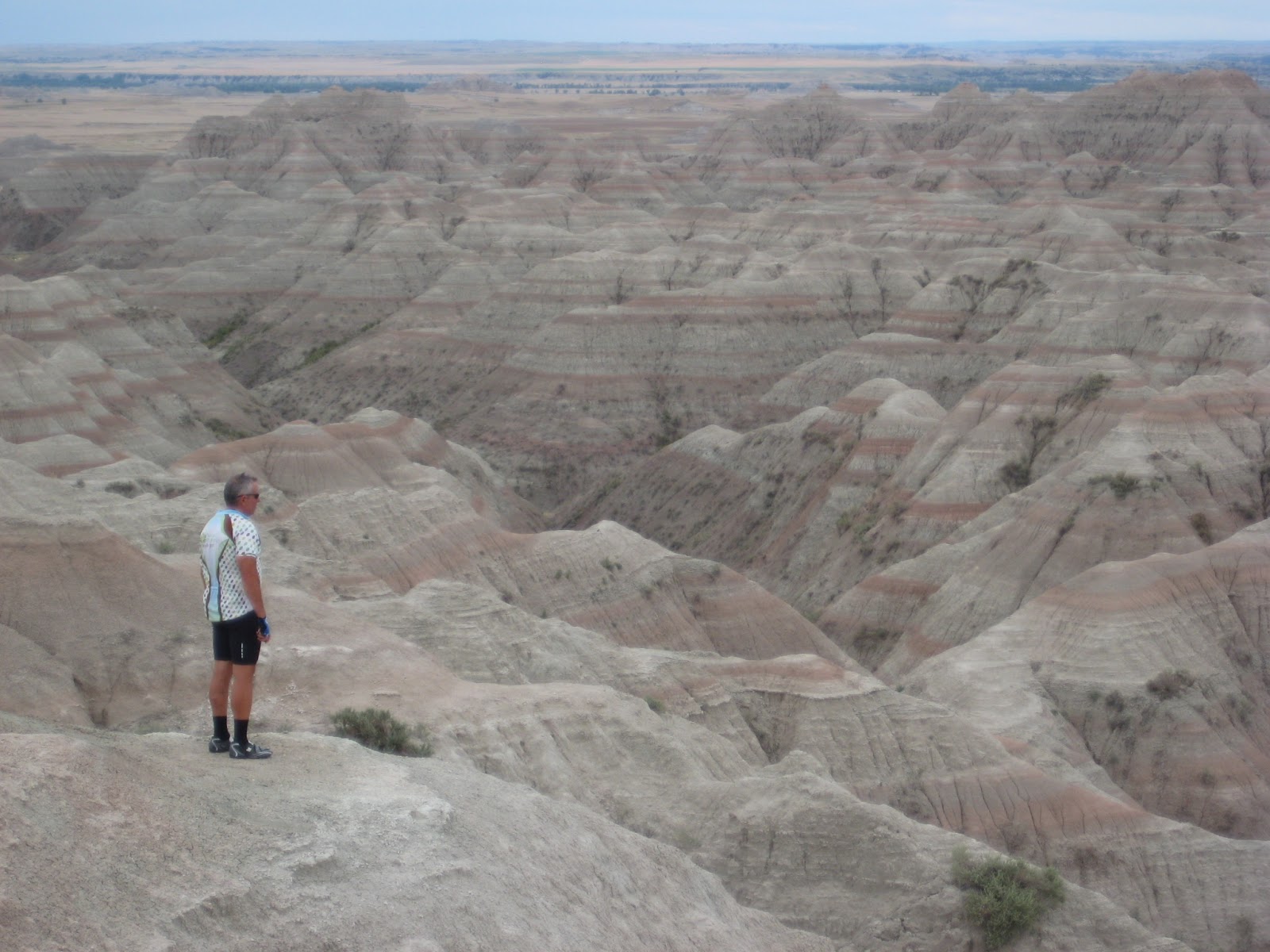 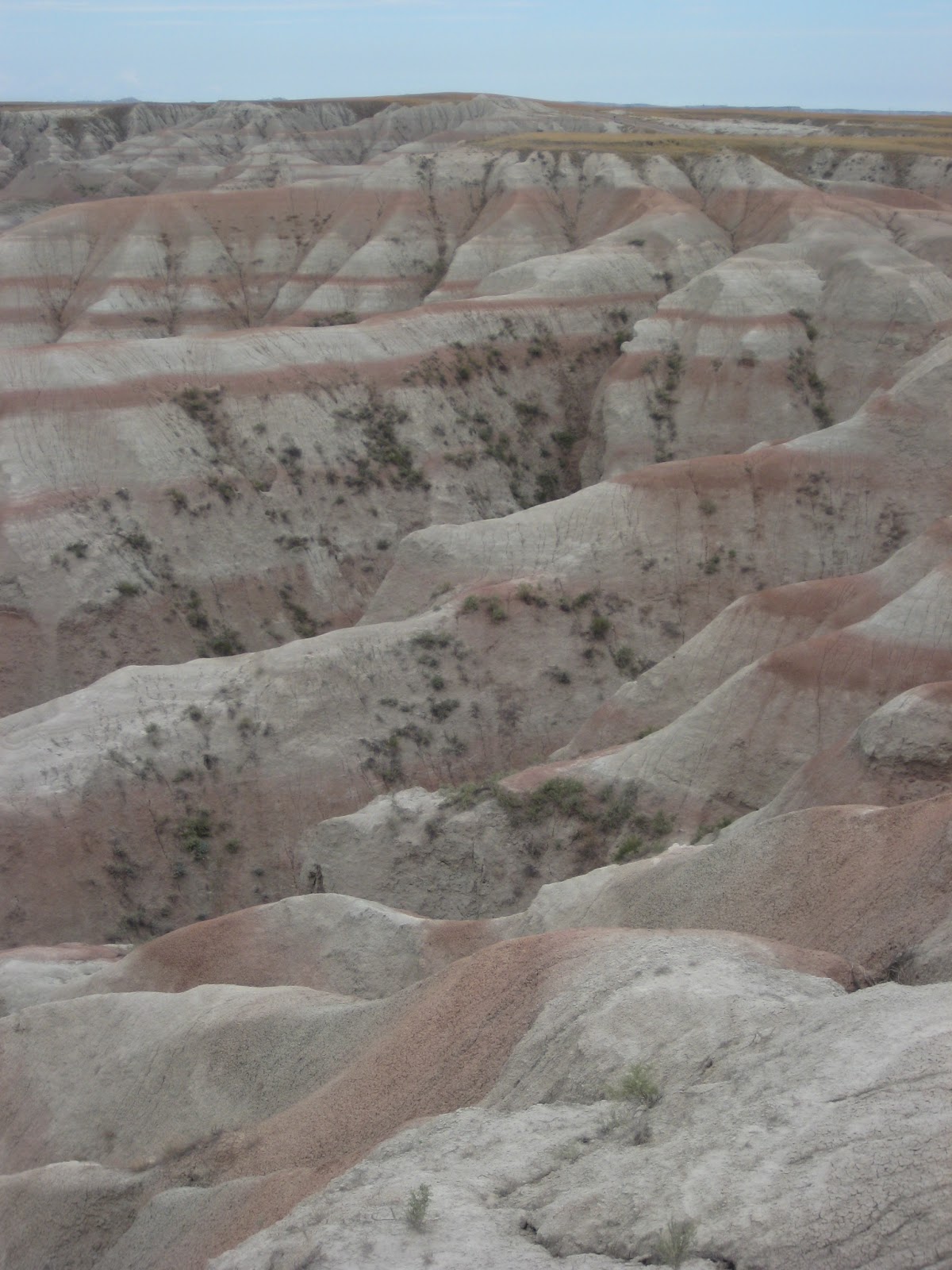 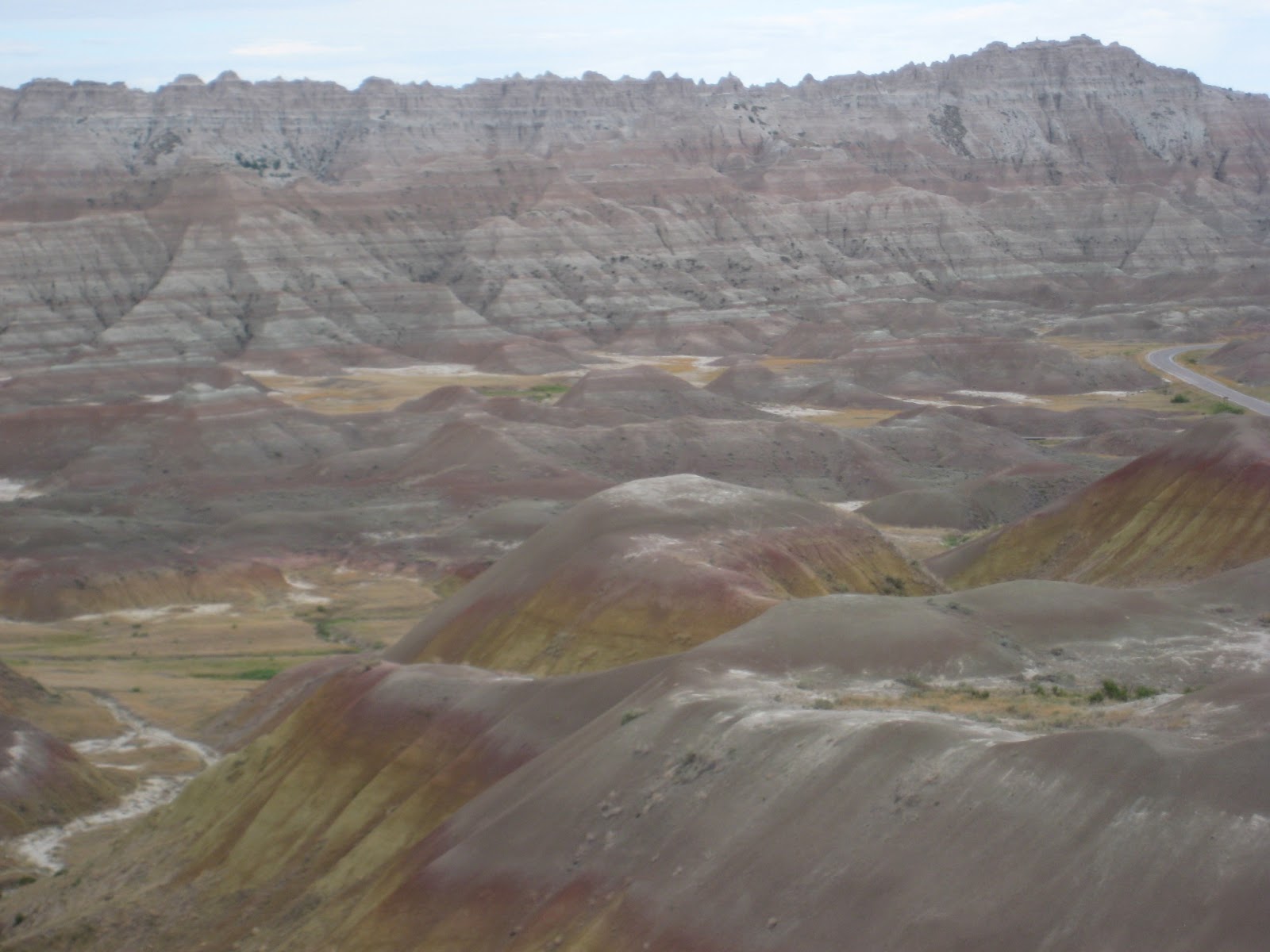 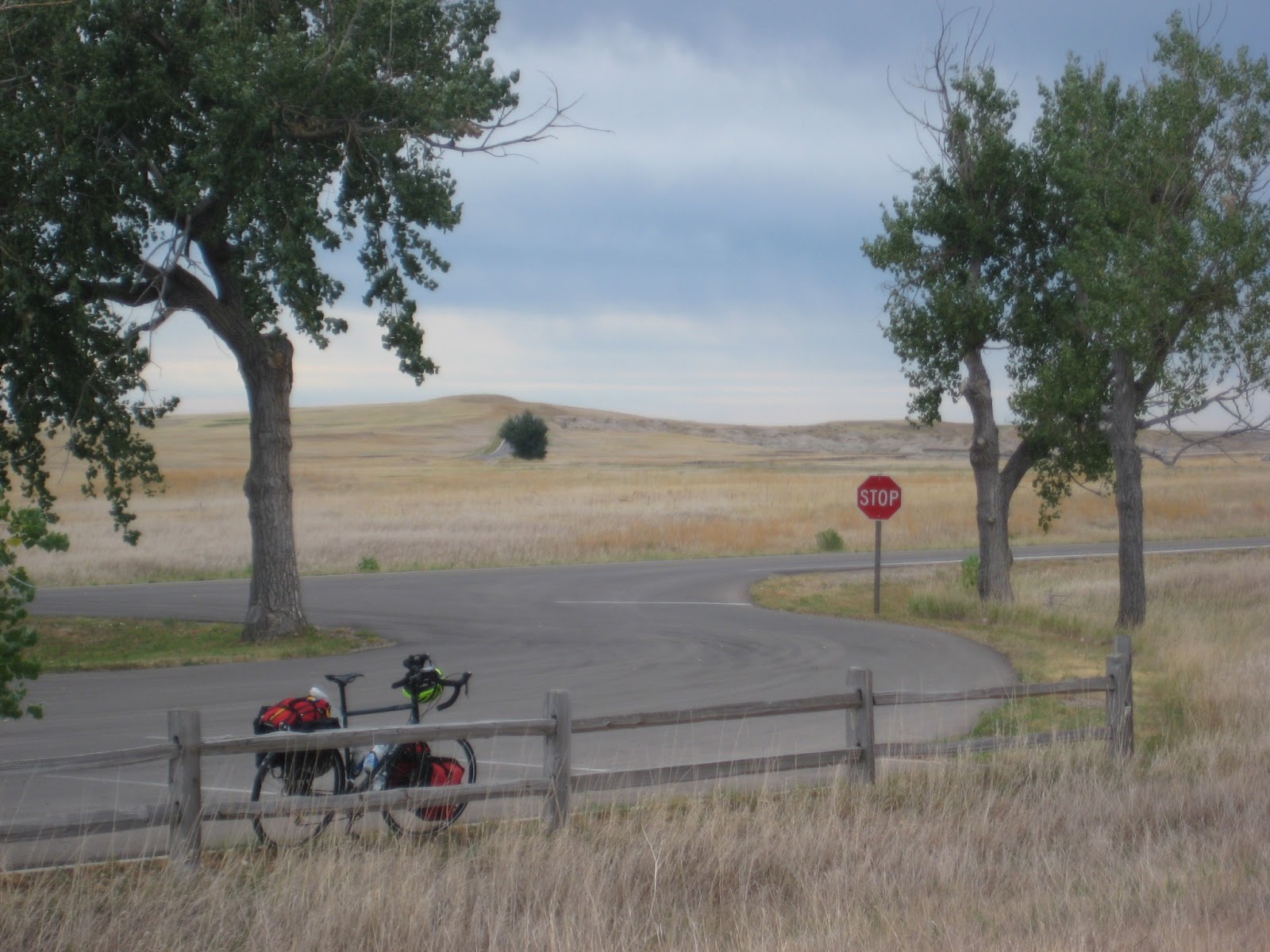