Wow. I'm in Albany. I saw and rode along the Hudson at the end of today. It really feels as though I'm close to completing this quixotic journey. Three more days of riding, with stops in Rhinebeck and West Point on Thursday and Friday, and I should be home!

Today, with just a hair under 50 miles of travel, was an excellent day of riding. Part of that excellence, as was the case for yesterday (for which astute readers will note there was only a photo blog post -- this will have to do for the "color"), is that I stayed dry. And by that I don't mean that I skipped wine with dinner. Rather, I was pretty convinced by the weather reports that were predicting rain and thunder storms on my path with 80% and higher certainty, that today (and yesterday) would be challenging weather days. But today was actually sunny for large segments of the ride and, although there were threatening clouds hovering at different times, nothing came of it. I even had a tailwind for a lot of the day! Yesterday had headwinds, but, again, the threatening clouds stayed just that -- threatening.

So, in the game of low expectations being exceeded, today and yesterday definitely fit the bill. Which, almost by itself, made for good biking days.

Today's ride included approximately 35 miles on a paved, yes paved, bike path -- the under-publicized  Mohawk-Hudson Bikeway. It ranks up there (IMHO) with the best portions of the Pere Marquette trail and even Coeur d'Alenes. The terrain was curvy, with elevation ups and downs (which keeps it interesting), and the scenery was highly varied -- from paths through canopies of trees, to routes alongside the Mohawk River and its various locks, to urban passages (Schenectady strikes me as a pretty cool city), to travel by the lesser-known Cohoes Falls. Really good stuff. I didn't even look for parallel back country roads.

And did I mention that I'm in Albany which is, like, a real city? I'm ensconced in a Hampton Inn and having dinner at a restaurant with real Bordeaux glasses and red wine choices other than "house." By contrast, my stay last night in Amsterdam  (Day 81's destination) was at an America's Best Value Inn that I would politely describe as -- putrid. And the wine last night? Well, it was Fetzer red in a miniature airplane-size bottle, illegally procured (in the sense that the Billiards Hall, literally the only place open within miles with a booze license, wasn't supposed to sell it to me to go), and consumed in my hotel room with a takeout pizza (which actually wasn't bad).

Civilization -- and, by that, I mean Manhattan -- here I come! 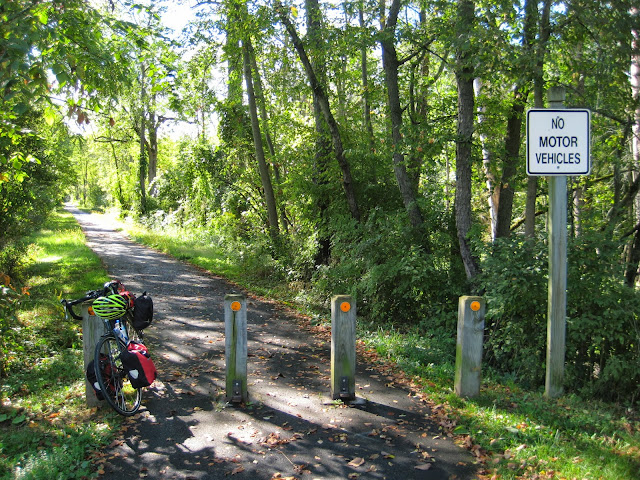 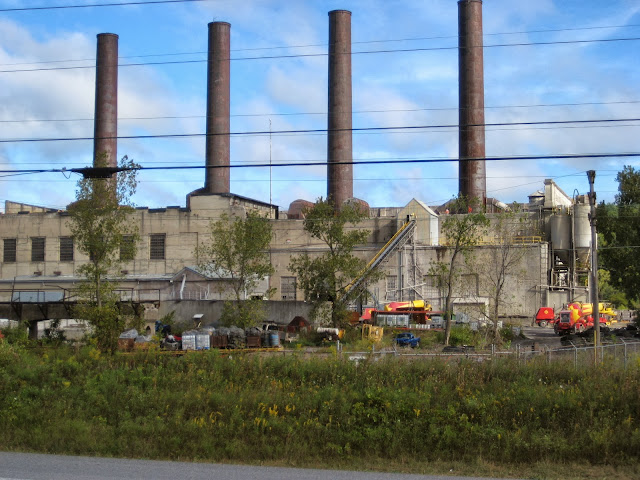 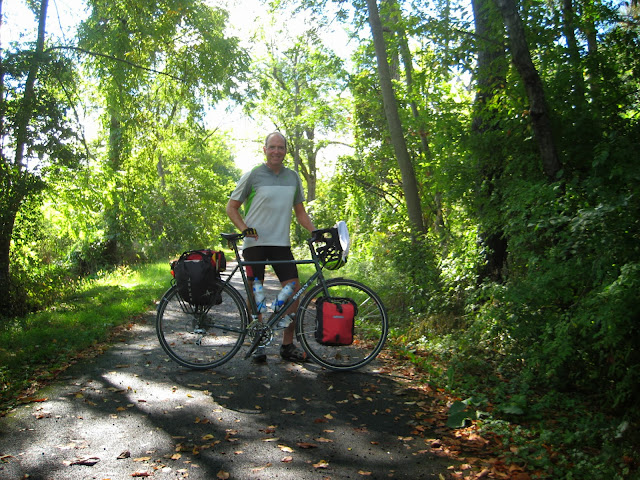 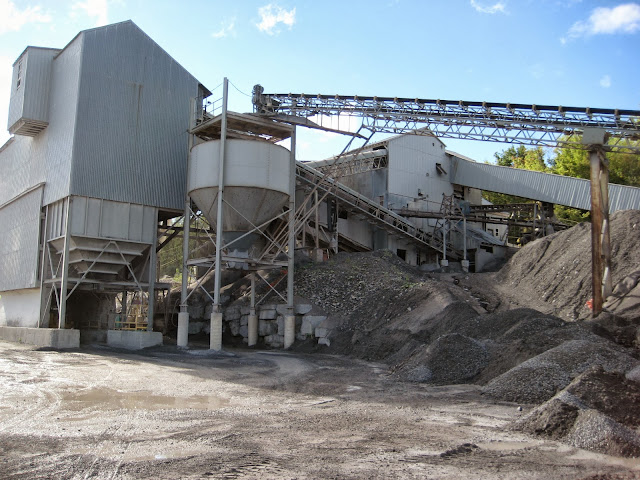 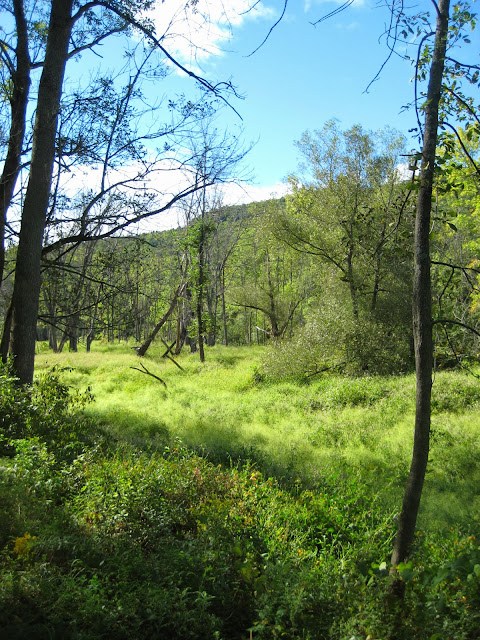 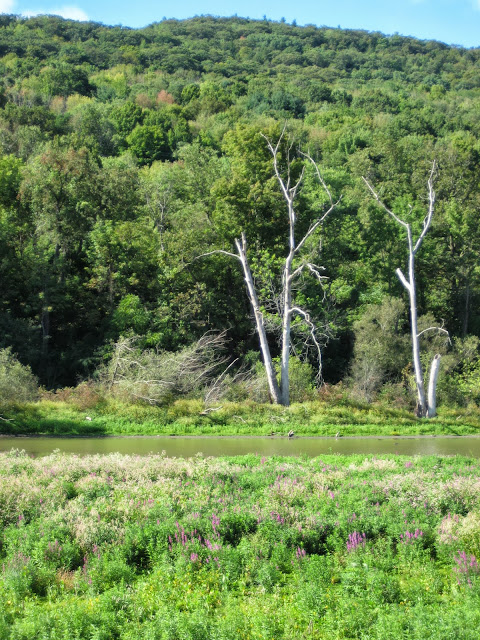 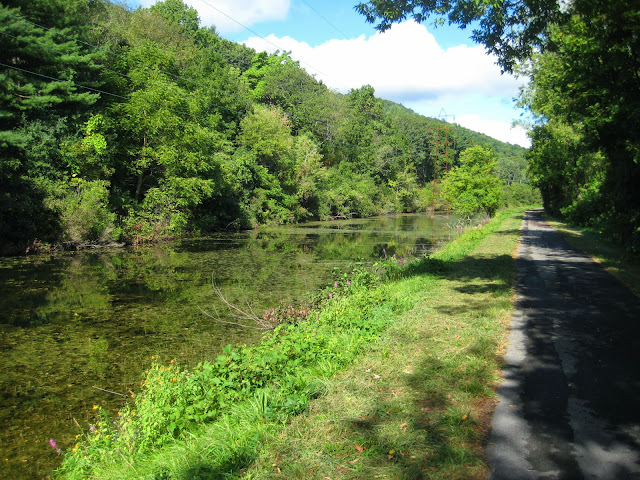 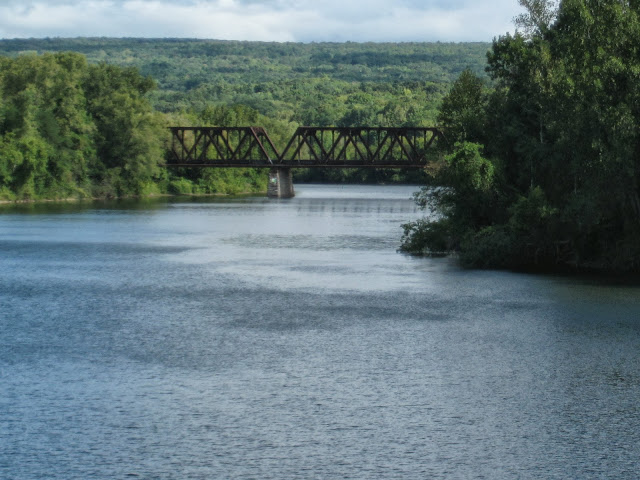 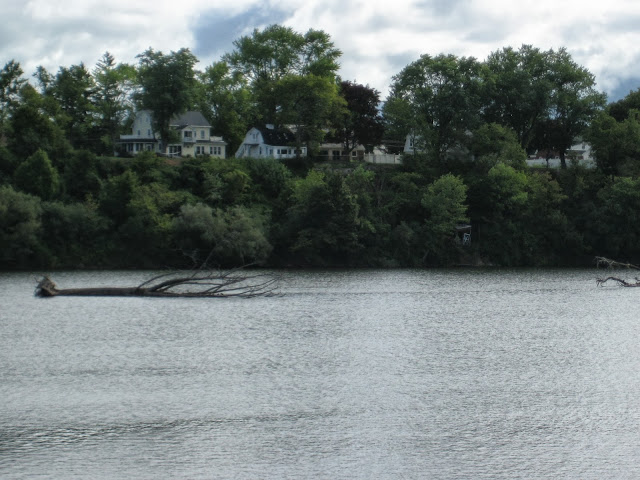 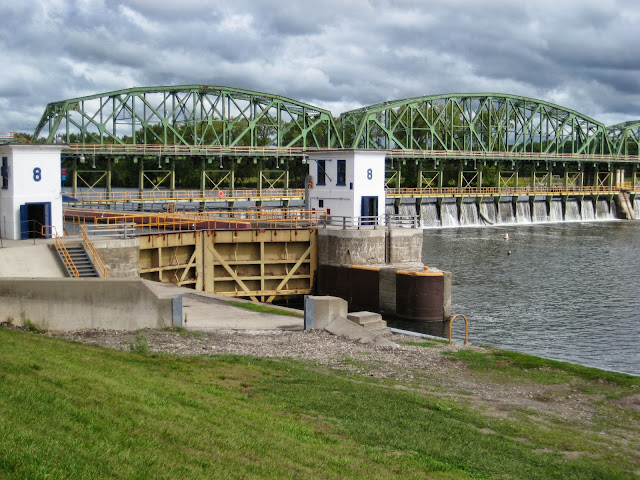 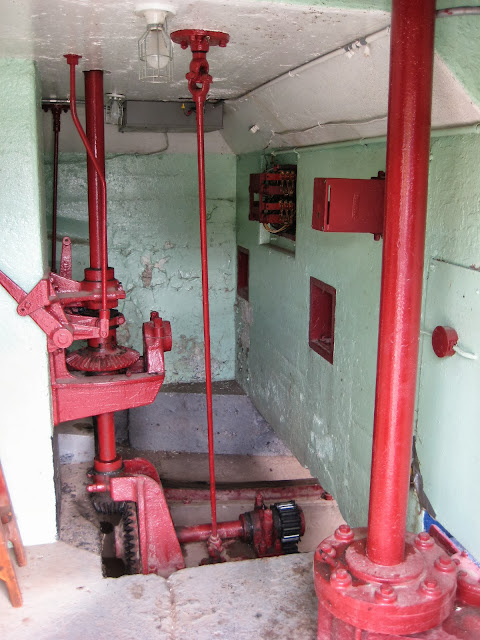 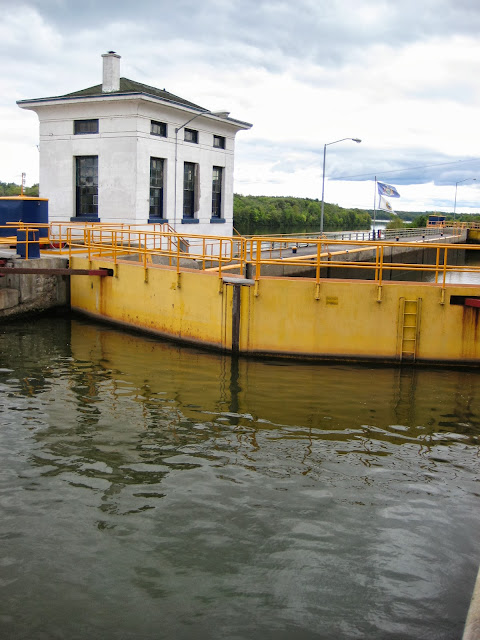 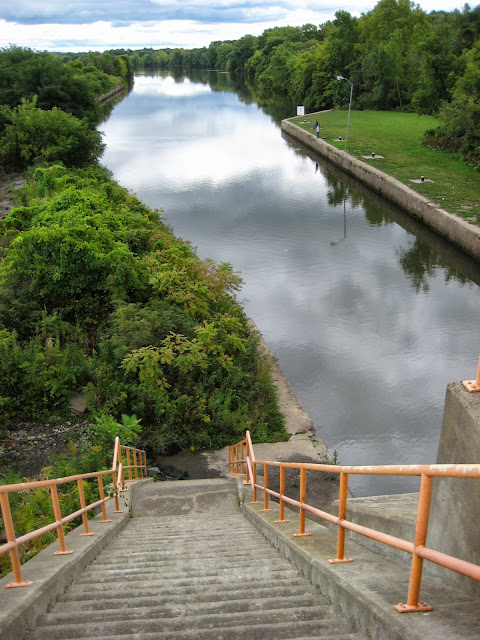 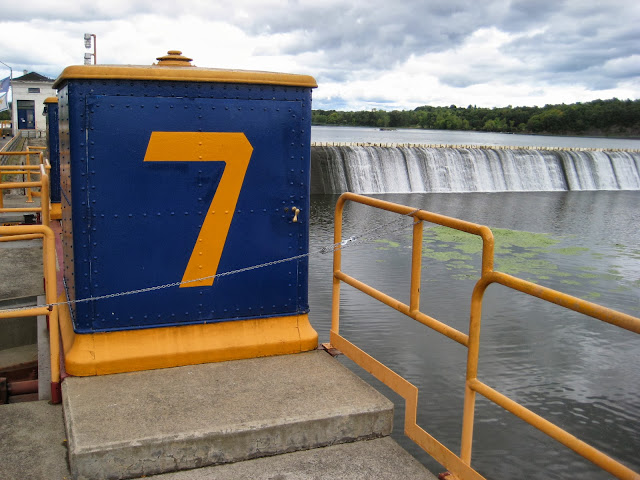 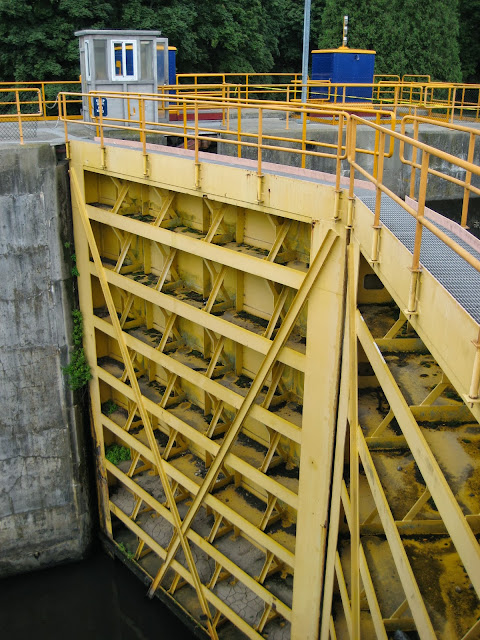 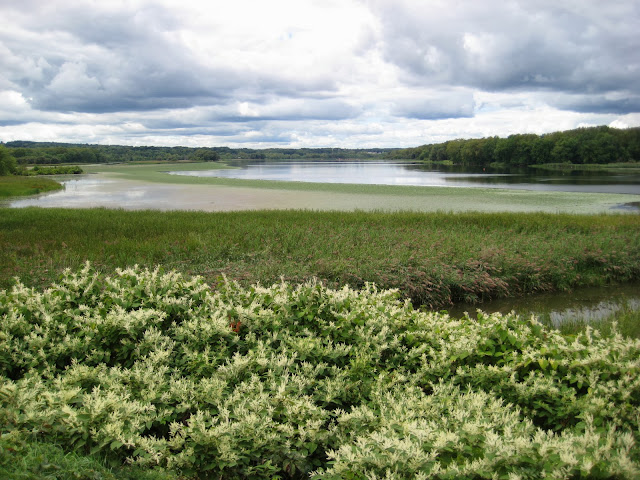 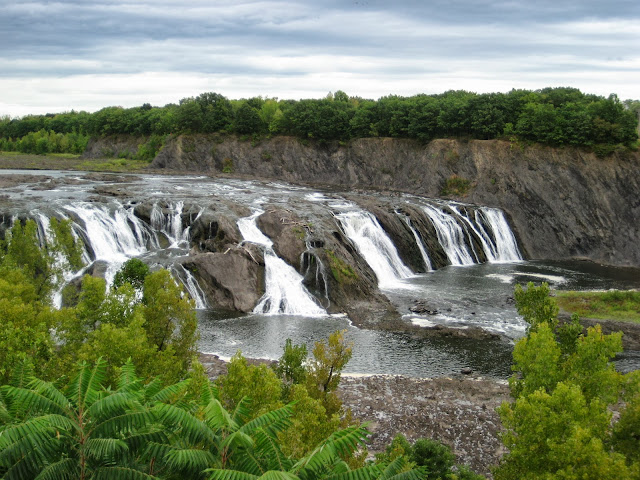 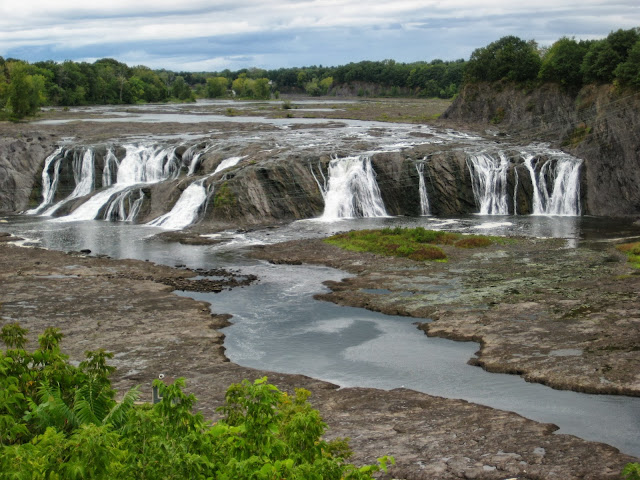 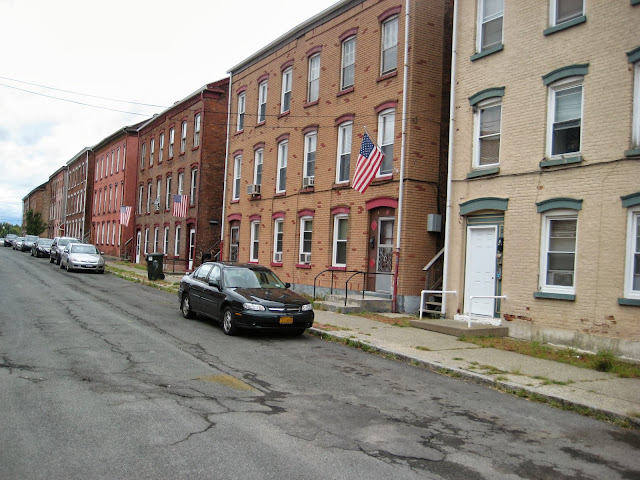 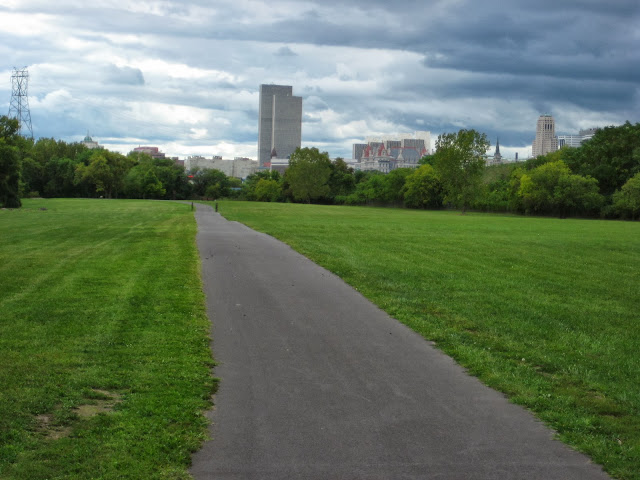