I did it. Wow. The sense of achievement really didn't hit me until I was crossing the George Washington Bridge. I then thought of starting this journey, 85 days and almost 4,000 miles ago, and was a bit overwhelmed, emotionally, by the scope of it all. Although my story is going to be that a gust of wind blew something into my eye.

I rode today with a lot of adrenaline and a bit like a man possessed. Rain and severe thunderstorms were again forecast for segments of my route -- which tends to lend wings to the feet (or whatever the biking analogue to that is) -- but, except for a few brief periods of light rain, many of which were sun showers -- I again was fortunate enough to dodge the really bad stuff.

Which has pretty much been the story of this ride. Bob and I had remarkably good weather, heat wave notwithstanding, an amazing lack of bike mechanical problems (I had two flats, total, both on the same day, back and front tires, from parking by the roadside in a bed of thorns - my bad), and a stunning absence of injuries/accidents (I slipped, mounting my bike, once). So I feel very lucky and blessed in many respects.

Not the least of which is in my spouse, Laura. She has been an enthusiastic supporter of this trip from the get-go -- even when it was clear that it perhaps didn't quite represent the summer plans she was hoping for. I couldn't have done it, nor enjoyed it so much, without our daily video chats and her constant cheer, good thoughts and well-timed care packages. Thank you, sweetie! I love you (kind of reminds you of the Barack and Michelle relationship, doesn't it?).

OK, back to the ride. Today's distance was just over 52 miles, and the total ascent was again a challenging 3,100 feet. Add in a constant headwind from out of the South, typically at least 10 mph, but gusting above 20 mph at times, and it wasn't a simple victory lap. But fueled by the desire to get home and put this one in the books, as well as a dread of getting caught up in vicious storms, I rode very strongly, with only a few rest stops, and didn't even pause to take pictures (which, as Bob can all too readily attest, is a shocking deviation from form). There was only one photo I really cared about -- and that would be at the end, in front of my building, with Laura. Plus, in truth, it was all familiar terrain at this point. However, once across the GWB, with the end in sight, I did pause to take one shot (see below) from my favorite spot on the Henry Hudson Greenway, just south of the Bridge.

So, some final statistics: Total mileage was 3,971 miles (I may have to do a 30 mile ride tomorrow, maybe including Astoria, Queens, to complete my Astoria (Oregon) to Astoria (New York) trip at over 4,000 miles). But maybe not. Out of the 85 days on the road, 8 days were rest days -- but I rode the final 23 days without taking one. Bob and I were together for 60 of the 85 days -- missing 8 on our separate charges into Minneapolis, and then 17 at the end as we each headed towards our respective homes on more direct routes. Thanks, Bob! It was great riding with you and having you for company and a friend.


Thanks to all of you for reading and commenting and your many words of support. Maintaining this blog has been a bit of a tyranny at times, but it has also been great fun and allowed me to feel like I was staying in touch with my family and friends (and, since this gets posted on Facebook, I guess I'd better include friends of friends). I hope that sharing my journey has been fun for you as well, and maybe even a bit inspiring.

I'll post a cumulative route picture tomorrow (probably) and, if the muse strikes me, maybe some wrap-up thoughts in a few days.

Next comes re-entry into normal life. It may be a bit of a challenge. But I think I'm up to it.

Oh, and lest you think I had forgotten, here, for the last time, is today's route and metrics: 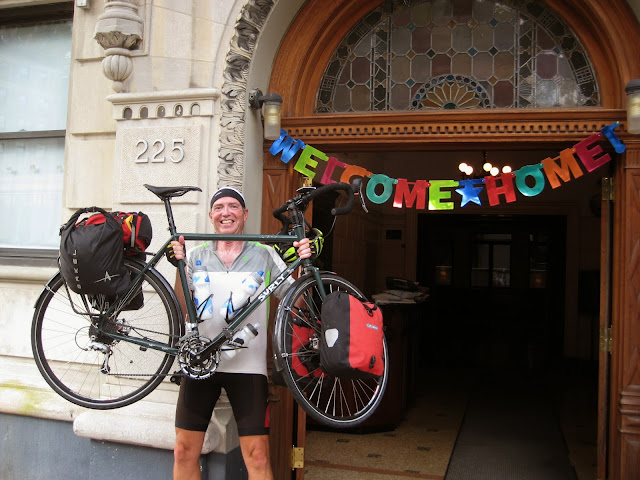 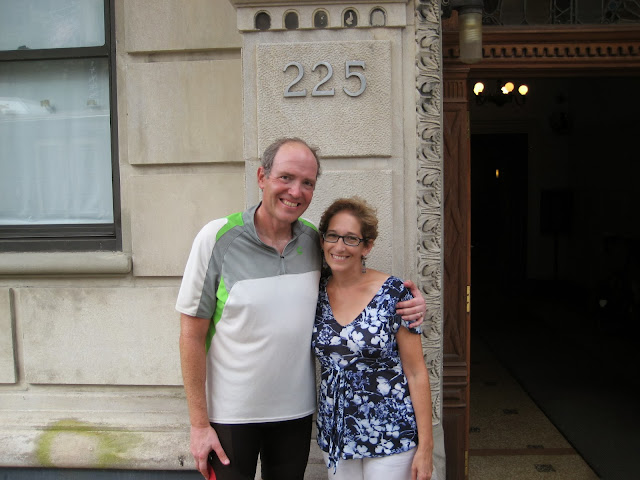 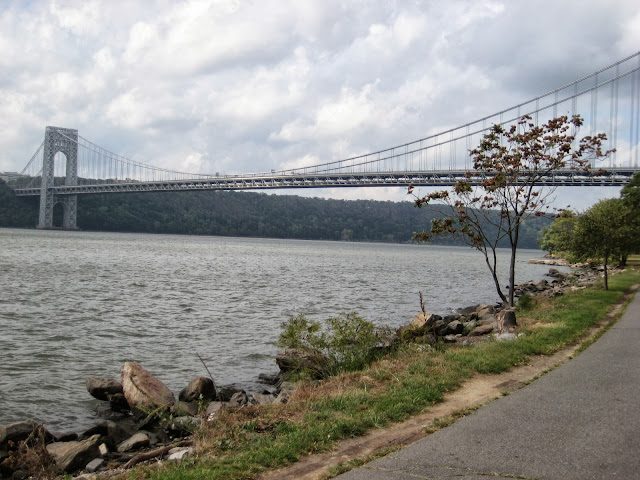