Tired tonight, after fixing three flats, so this will be brief. We did about 67 miles today, from Walla Walla, WA to Pomeroy, WA (the epitome of a small town). The first 20 miles out of Walla Walla, to Waitsburg, were gorgeous -- along an empty road winding up and down through varied farm land. The temperature was just right, not too cool, not too hot, and we even had a bit of a tailwind.

The only issue is that we had to ride by the Walla Walla Gun Club, which was in full action on Sunday morning. A lot of shots, open fencing past the targets, and not entirely clear that the ammunition would die before reaching the road. Bob and I kept jockeying for position on the outside of the other! We found ourselves riding kind of fast....

The terrain today was rolling hills -- we had three largish ascents through the day, the first two of which were followed by fantastic downhills. One of them went on for over 3 miles at a 6% slope. Finally got the bike up over 40 mph (although I didn't keep it there too long). And, no, today's video (if i can get it posted) is not from that descent!

Not quite sure what the story was with all the flats (Bob's front tire, my front and rear tires), but I think it was from trying to find a place to pull over with our bikes for lunch -- a lot of brambles and thorns on the roadside. Lesson learned. We'll be a bit more careful about where we stop in the future.

Tomorrow, we are varying from the ACA route to try to get up to The Trail of the Coeur d'Alenes in Idaho. The Trail there is supposed to be spectacular (and 71 miles long), so we're going to give it a go. First we'll ride to Colfax, WA, tomorrow, then to Plummer, ID (one of the trailheads for the Trail) on Tuesday. So we hope to be at the beginning of the Trail in two days, and will report back after the third on whether the detour was worth it!

Here are today's map and metrics: 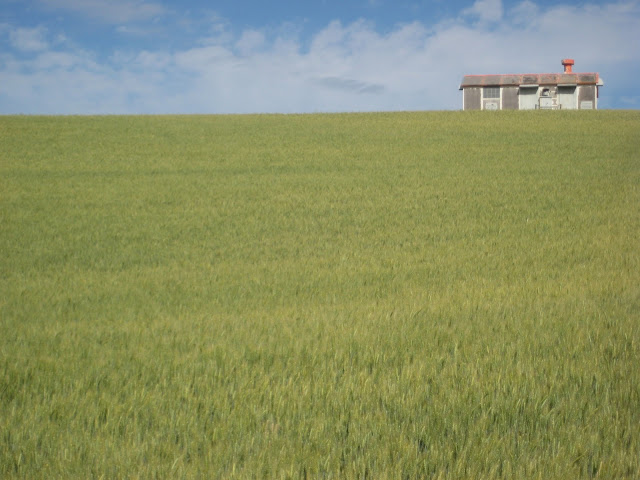 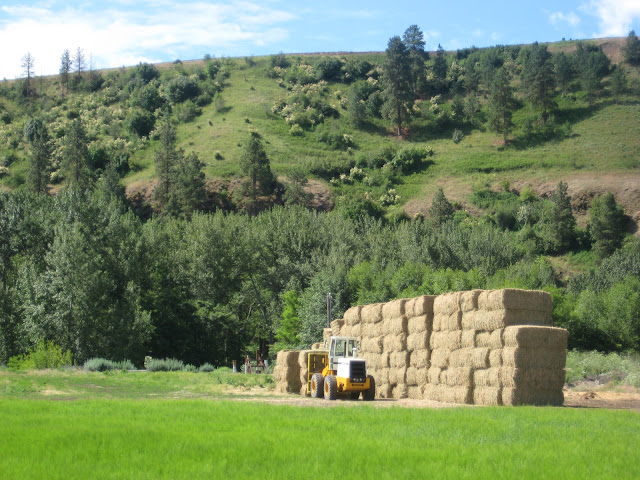 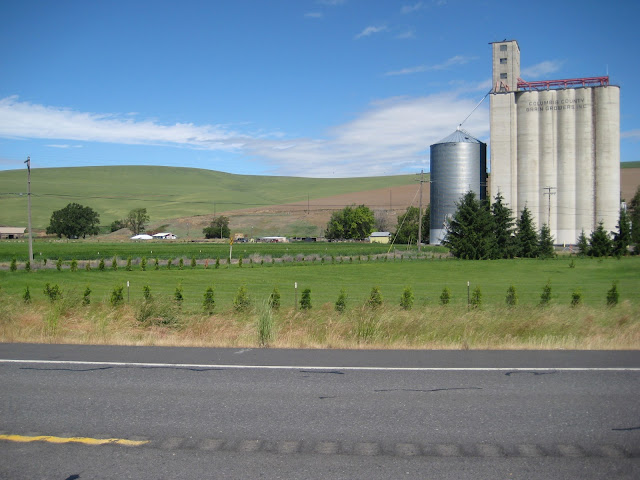 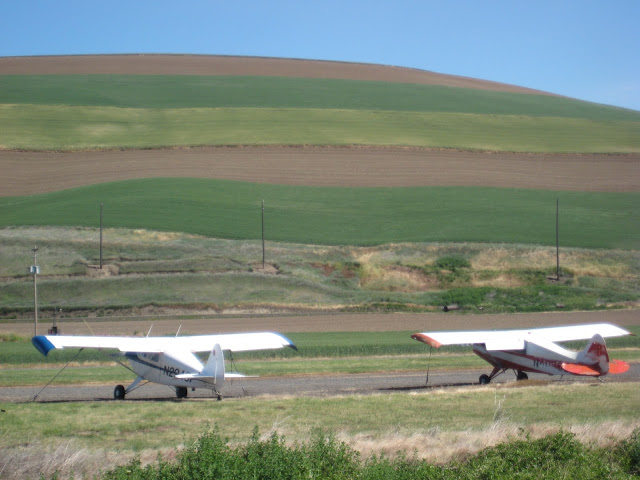 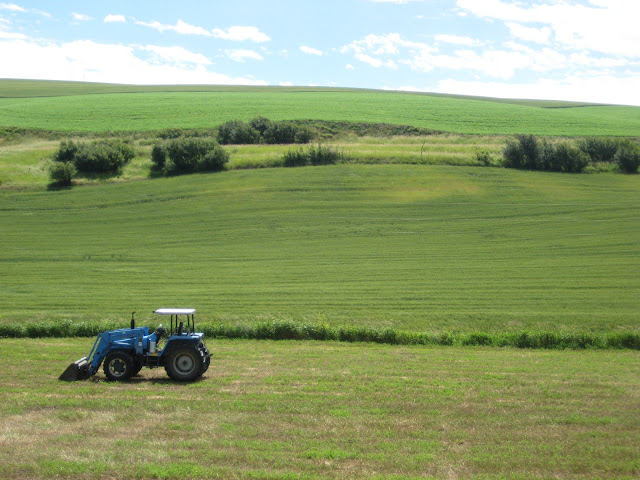 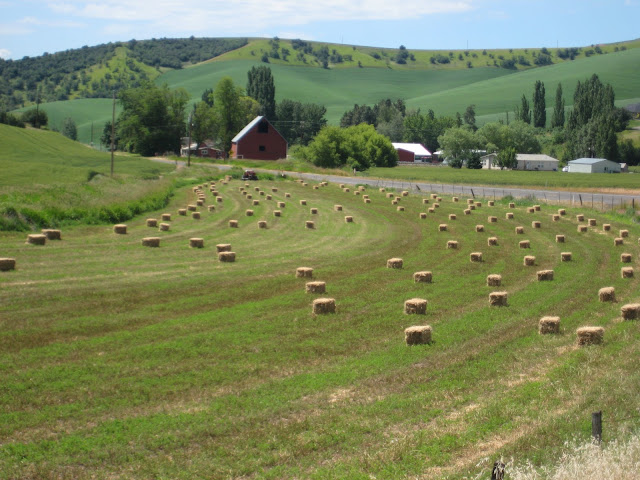 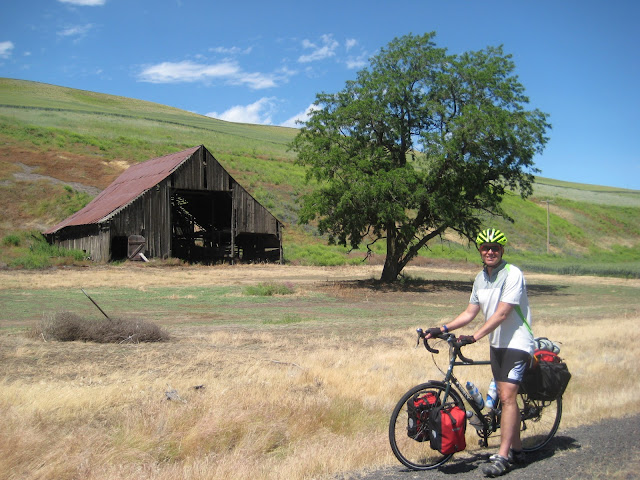 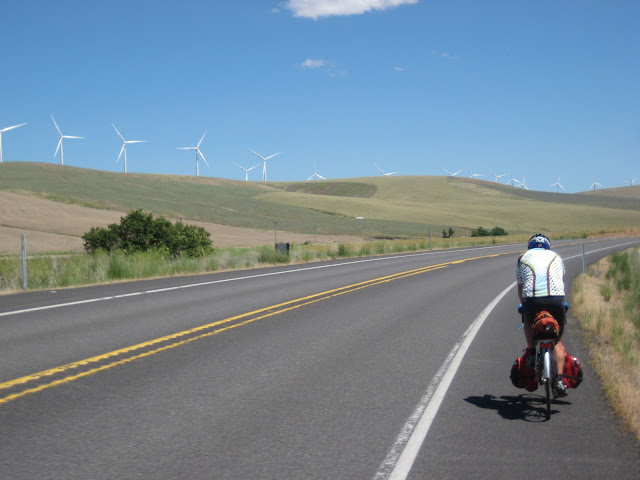 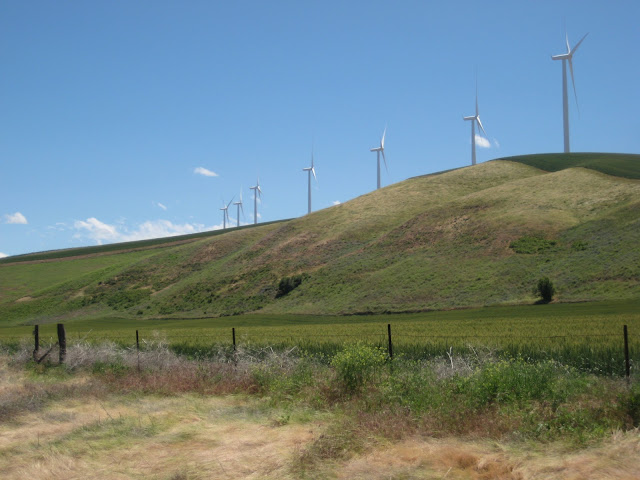 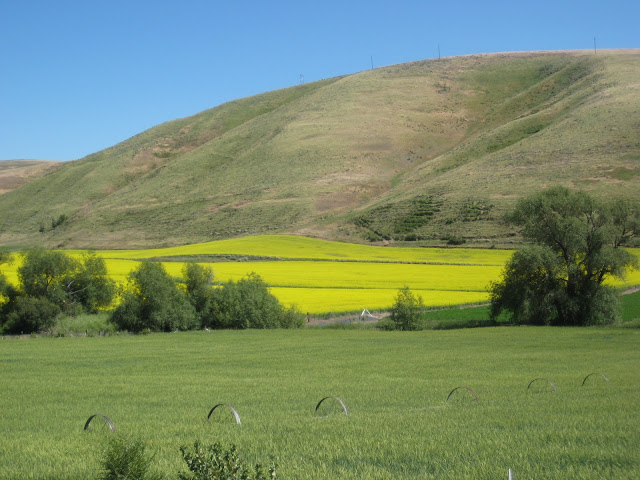