Day Two: Getting Back to Portland

The lesson of today is that we've got to pay more attention to mapping. Back in New York, I had tried to be prepared and mapped out a route in advance to get us back to Portland from our day one lodging, Coastal Sport Mountain Haus near Vernonia, Oregon (goodbye to Glen and Sandy, the wonderful innkeepers, and thanks again!). But it wasn't until last night that it sunk in that my route was about 70 miles. And it sure looked like we could go a bit more direct -- OK, and miss what was supposed to be a nice bike path -- but do the trip in about 50 miles. And, this being day two, we thought that small adjustment made good sense.

Well it did, and it didn't. We ended up doing about 55 miles today (see below), the first 15 or so of which was beautifully forested, empty roads through state parkland. Capped by a good size climb to about 1200 feet of elevation that, again, Bob and I felt pretty good about doing. And the next 15 miles or so were also beautiful, with a great big descent, followed by another climb of similar intensity. But what we failed to notice at the mapping stage was that this second 15 miles was primarily on gravel roads.

Now, having touring bikes, our tires are wider than last night's aforementioned carbon fiber frame bikes. My tires are 37mm wide, Bob's are 32mm (by comparison, most road bikes are in the 18mm to 23mm range). So we could handle the gravel reasonably well. But it was a long time, and it takes a lot of concentration so you (hopefully) don't hit a sharp rock that gives you a puncture. So we didn't enjoy the scenery as much as we might have. And then the final 20 miles of the day was a mix of the previously-dissed Route 30, followed by some nicer roads into and through Portland.

Where we are gratefully staying at the home of Bob's brother-in-law (Mark) and wife (Heather). So another night of good food and drink is in store! That is, after we carefully map out tomorrow's route!

By the way, for those of you who care about these things, because I had access to a "real" computer (thanks, Mark), I can actually embed the day's route, together with metrics, in the post (not to mention type up the entry much quicker). When I'm relying just on my Android tablet, I am limited to posting a picture of the route, and then a link to the metrics. Fascinating, yes? 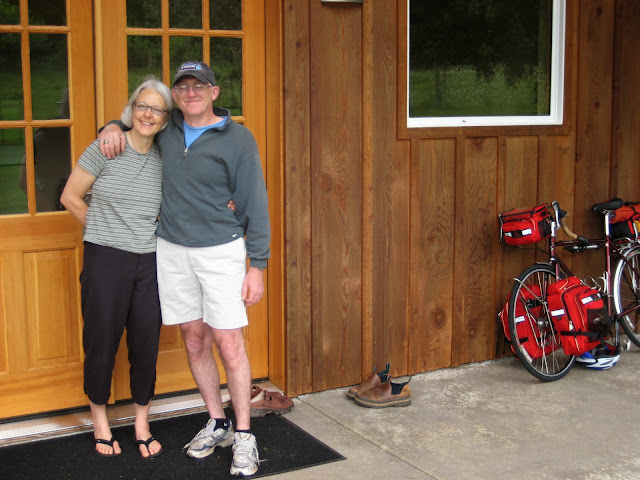 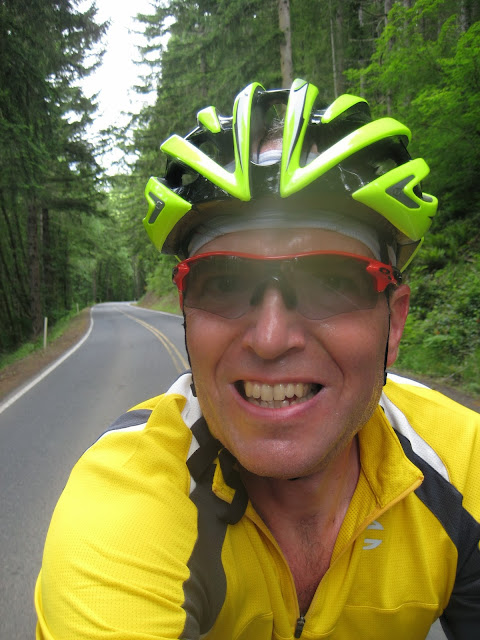 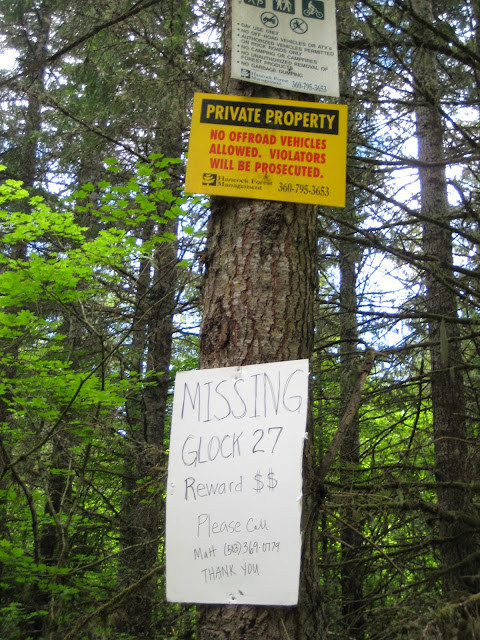 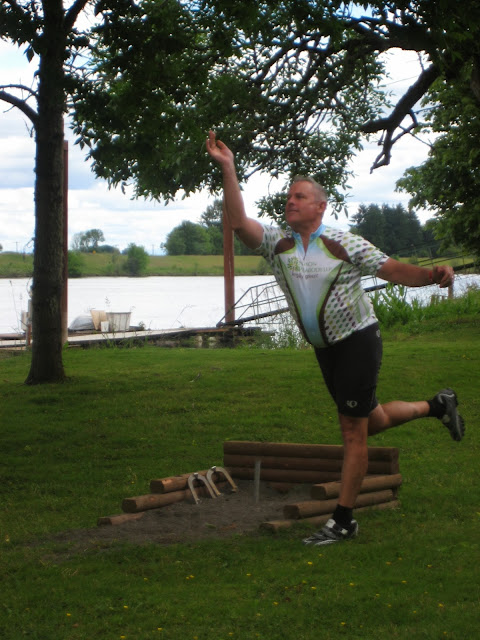 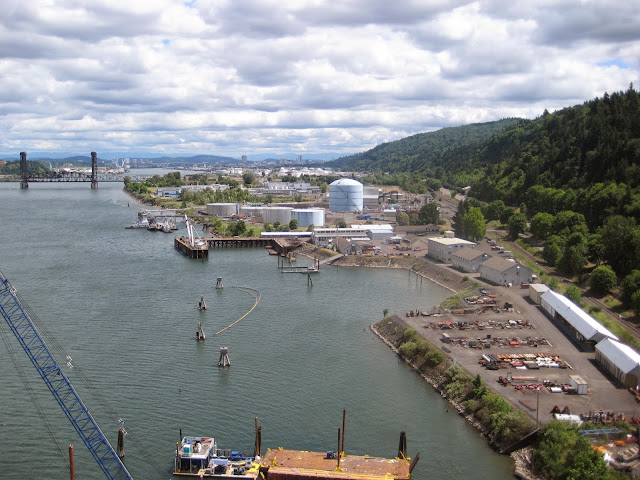 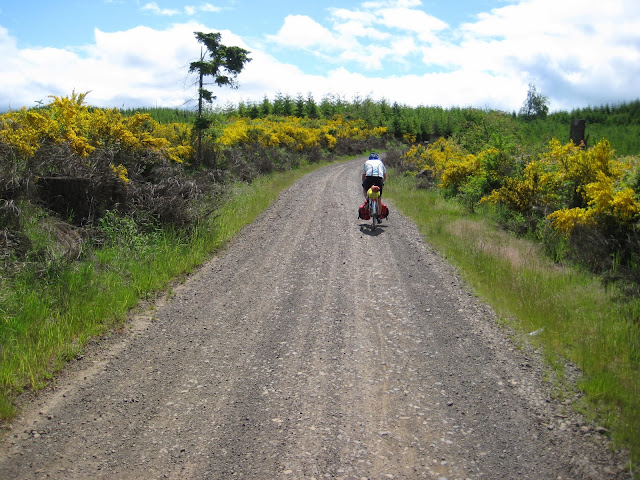