First things first. We made it. Eighty-six miles in all, in 90+ degree heat. Phew.

Bob and I were actually pretty worried that we were biting off more than we could chew with the distance, as the route, on the Washington side of the Columbia River between Biggs Junction, OR and Umatilla, OR, had no lodging options anywhere in the middle. So it was a full 86 miles or...camping. Accordingly, we gave serious consideration to taking the alternative route on the Oregon side, which would keep us on I-84 the whole way (big shoulder, but truck traffic non-stop), but give lodging options at 40 and 60 miles just in case we got tired. Which was a non-trivial consideration, especially since the forecast called for a medium headwind (which we got in parts).

But the desire for better riding overtook common sense, so we hit the road at 6:30 a.m., took the Washington side route, persevered, and we're now safely in Umatilla. Umatilla, as a town, is only marginally better than Biggs, which was literally a truckstop. Umatilla at least has a coffee shop, a pizza place and a dairy queen. But we're still looking forward to reaching Walla Walla, WA tomorrow (the route is back down to a more manageable 55 miles), with actual wineries and microbrew pubs, and may even take a full rest day there.

Today started with taking the Rte 97 bridge out of Biggs Junction over the Columbia River back into Washington, and then climbing about 800 feet. The view at the top was lovely (see pix), and the descent that followed thrilling (see video).

The first place along the route where we could refill our water bottles was 37 miles in, a tiny spot called Roosevelt, and the scenery until then was quite terrific, again akin to high desert country, but following along the river from up high. We were riding on a two-lane, 65 mph road (Washington's Rte 14), but traffic was light, as most folks continue to stick with Rte 84 on the Oregon side.

In Roosevelt, there was a family of four on two tandems, riding across Oregon and Washington. Particularly impressive was that the kids were very young, a boy maybe 12 and a girl maybe 10 -- but they were very into the whole thing. As the boy quietly confided in me, one biker to another: "yesterday's headwind really sucked."

After Roosevelt, the landscape changed and got flatter, with more windmills and electric transmission lines. Still good riding, but we've been spoiled to date. The next watering hole was in Paterson, another 33 miles on, and the ride there just wasn't as captivating. But we did enjoy meeting another entire family on bikes: a Mom, Dad and three teenagers (two girls and a boy), although this time each family member had their own bike. The teenage boy proudly showed me his skinned knee, pronouncing "I fell in Biggs Junction." They were going cross country too, but camping along the way. Now that's brave!

My unneeded excitement of the day was when a hornet flew into my shirt and got stuck there. It took me a few seconds to figure out what happened, but then I pulled over and, in very manly fashion (meaning I didn't scream or shriek, particularly), managed to brush him out without being stung. It could have been worse, I guess. I occasionally have insects fly into my mouth! Ah, the lesser known hazards of road biking... (Stephen, that story was for you.) 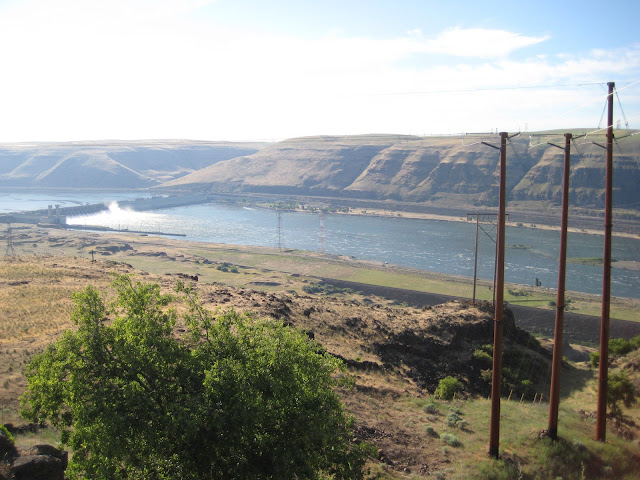 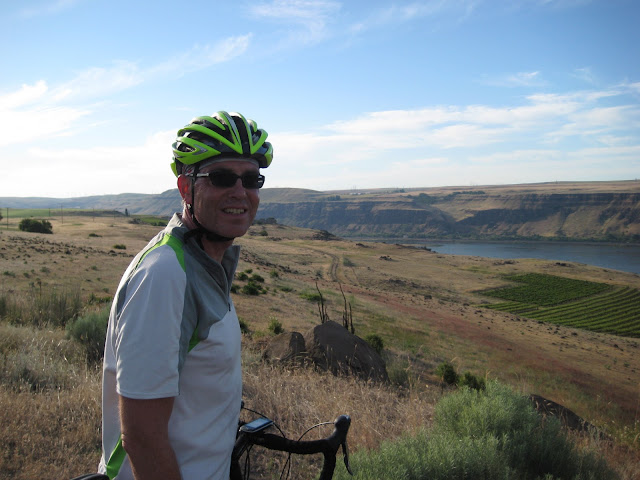 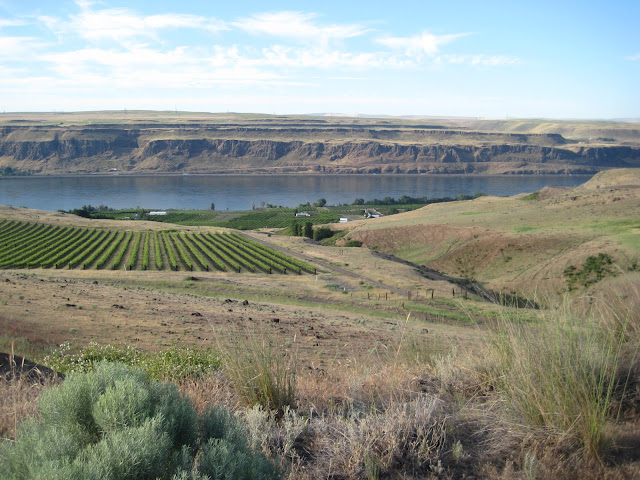 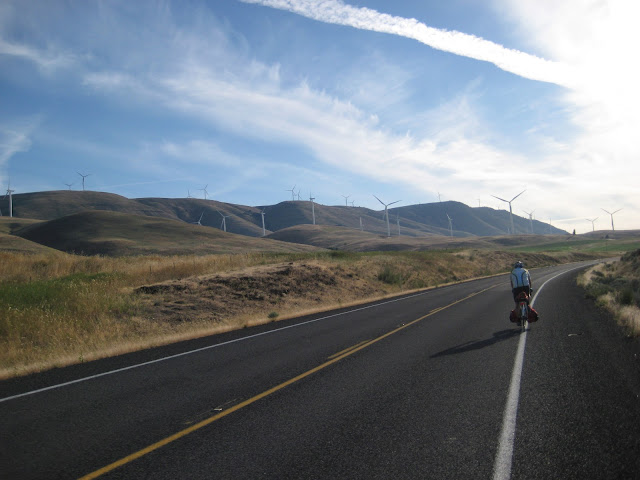 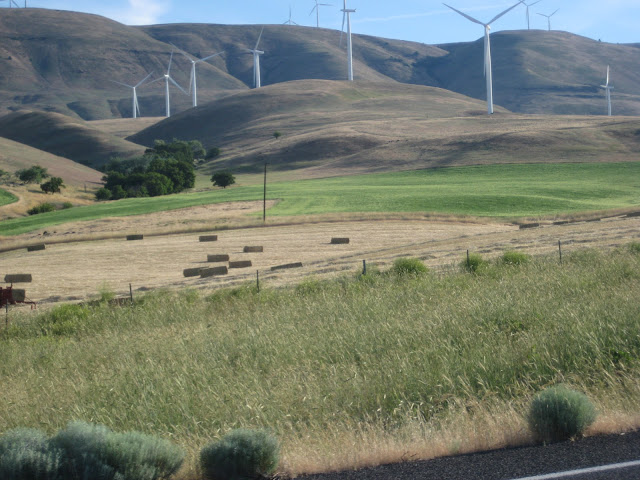 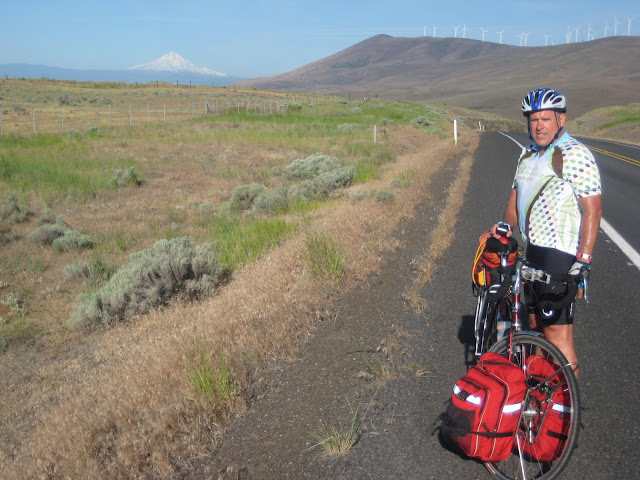 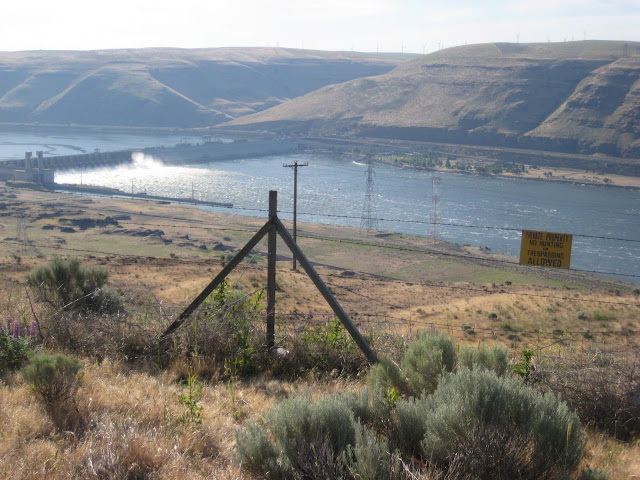