This was a pretty gorgeous biking day -- both weather-wise (cool, but not too cool), and biking/scenery wise.

Those who have kept up with this blog will recall that we detoured off of the tried and true ACA routes to head northeast to this trail because of all the good stuff we had heard about it. So, expectations were high (which can be dangerous), but the trail, for the most part delivered. I say for the most part because (a) the last 20 miles of the trail, from Kellog to Wallace (we didn't go on to Mullan) were -- how shall I say this -- encumbered by humanity -- winding through industrial areas, power lines zigging and zagging, and all the time abutting I-90 (!); and (b) I just don't like bike trails as much as empty rural roads.

However, those two qualifications aside, the trail was scenic pretty much every pedal of the way. It winds along the shores of Lake Coeur d'Alene, but the landscape is ever changing, with the trail going through marshes, across bridges, through deep pine forests, etc. I even saw (and was able to photograph, see below) a moose (and baby moose).

It was also pretty empty -- except for a rally of recumbent bike riders (going the other direction), on their once-a-year visit to the trail. It was kind of odd to see so many recumbents all in one place -- probably about 100 of them. Some even had wind fairings and basically looked like bullets.

Travel-wise, we picked up the trailhead at its western-most end, in Plummer, ID, and ended up 66 miles later in Wallace, ID. We didn't go all the way to the end, to Mullan, simply because Wallace had more hotels (and turned out to be a pretty cool town).

Our only regret is that the Trail of the Hiawatha is in the general area too, and is supposed to be a fantastic (shorter, 15 miles) trail as well. But, try as we might, we couldn't figure out a way to work it into the end of the day's route or at the beginning of tomorrow's. To be filed, as Bob said, under the category of "You can't see everything."

Here are today's route and metrics (embedded this time): 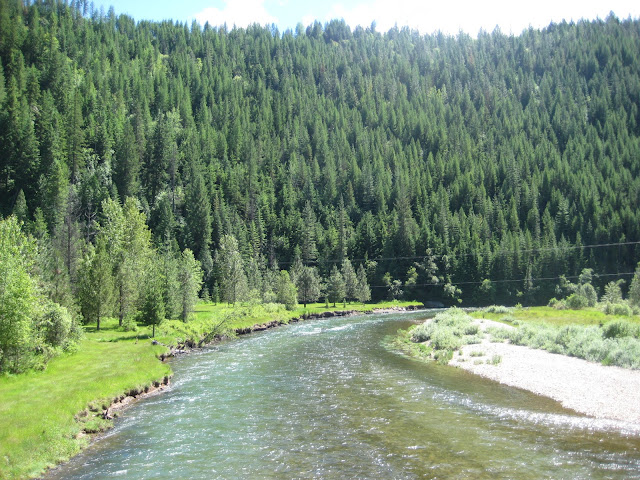 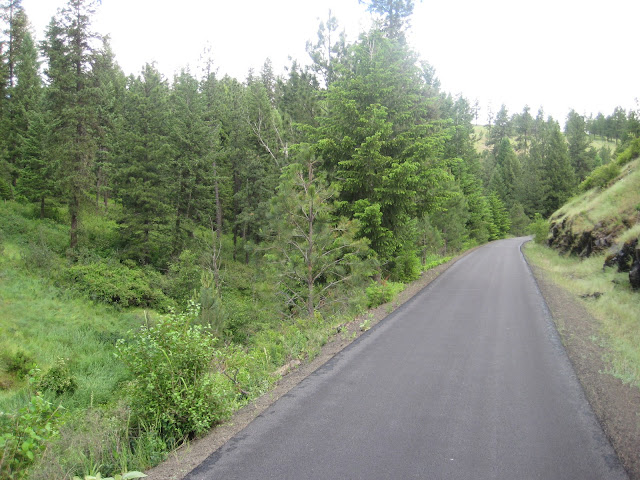 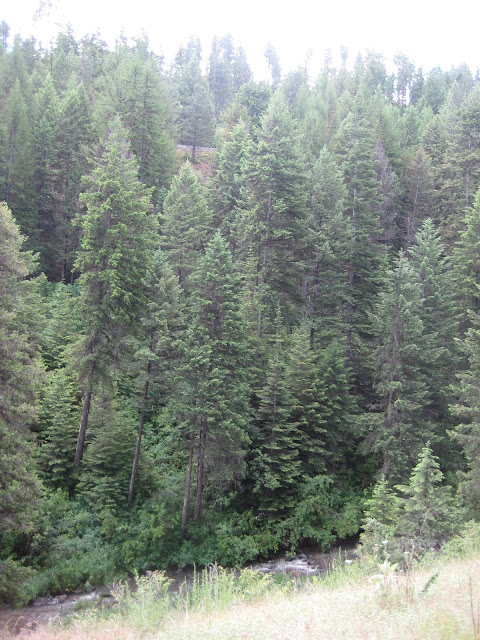 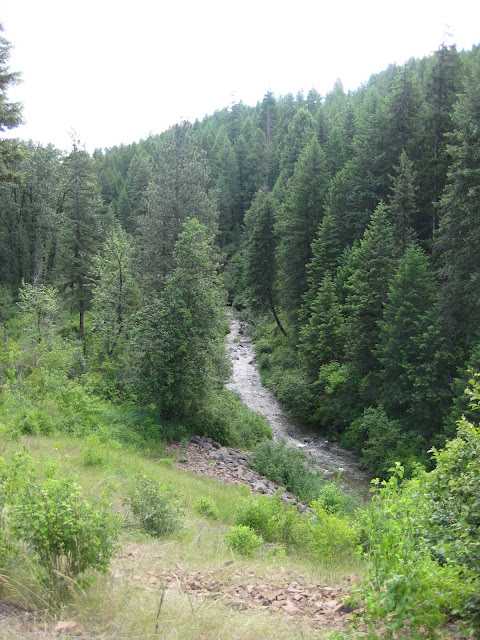 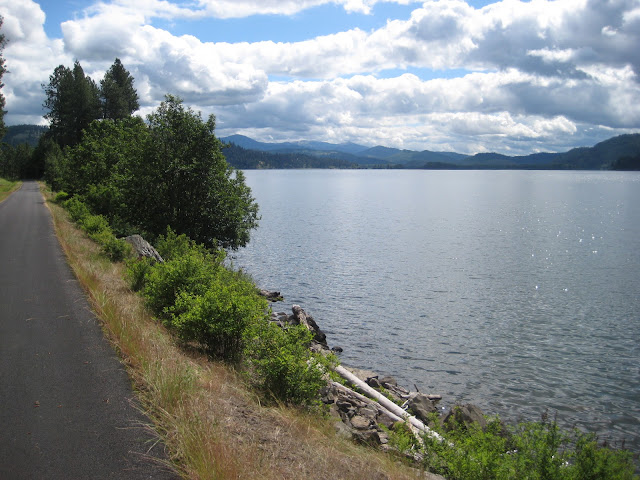 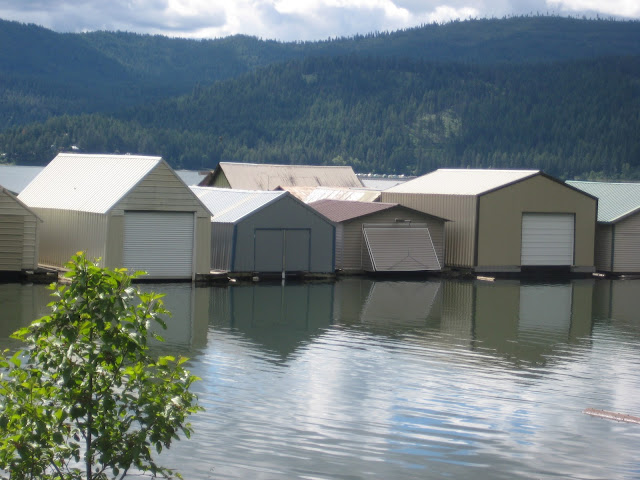 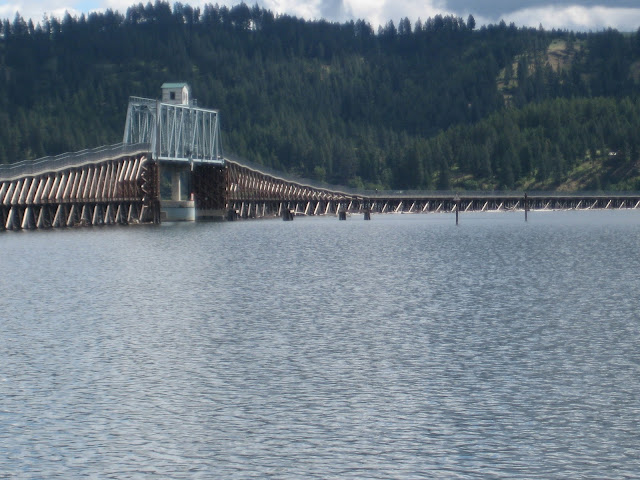 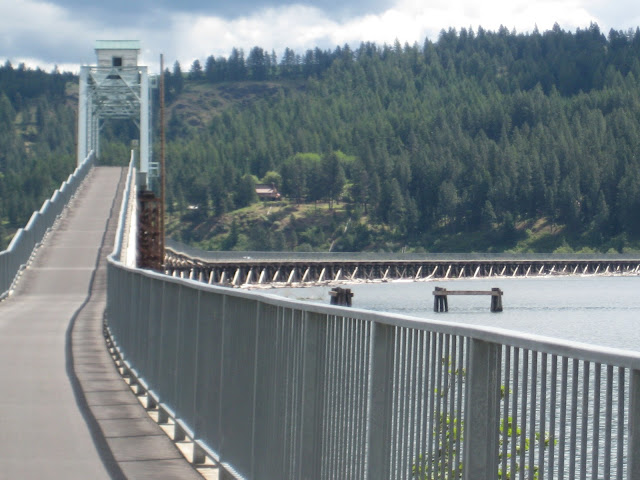 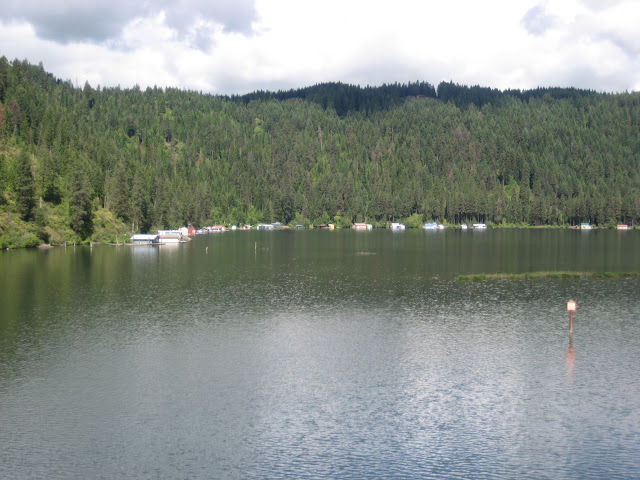 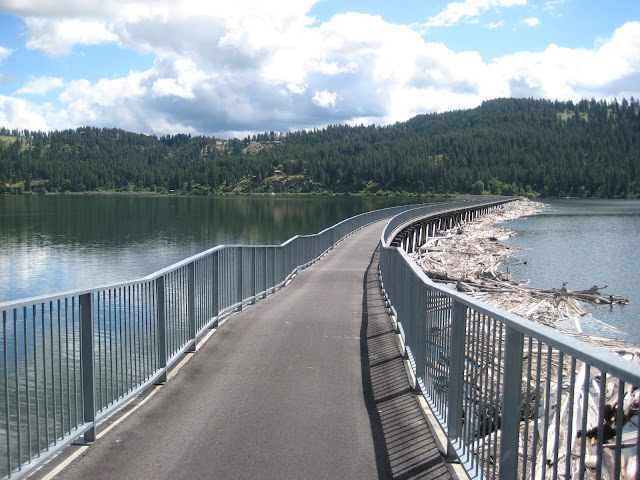 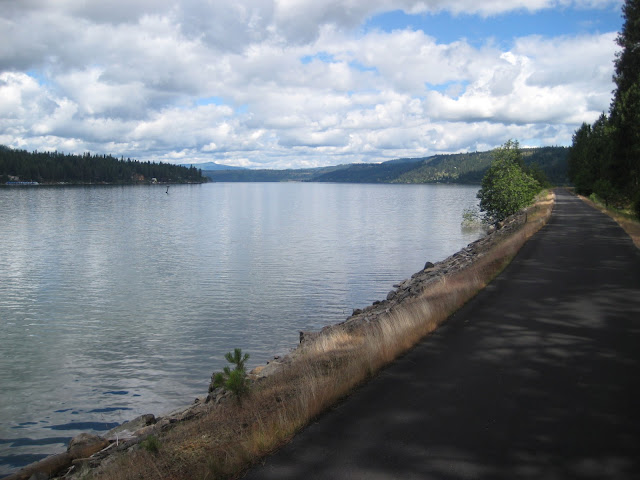 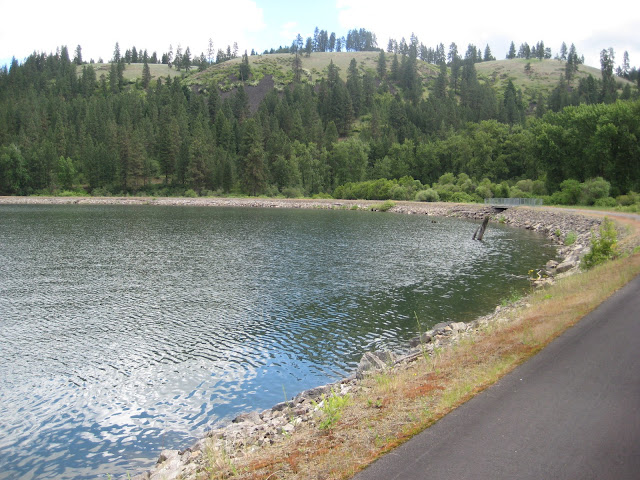 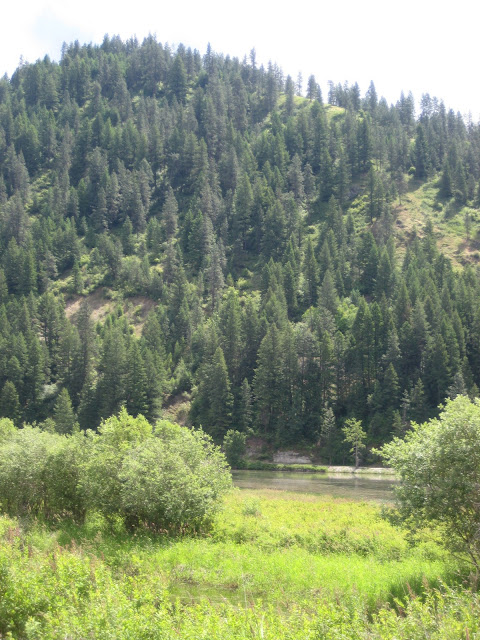 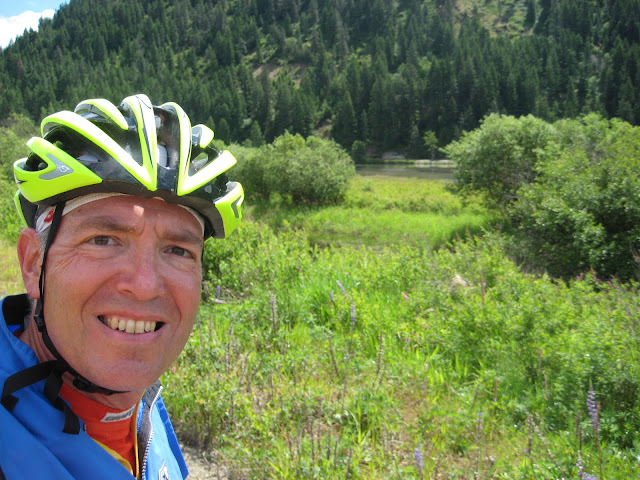 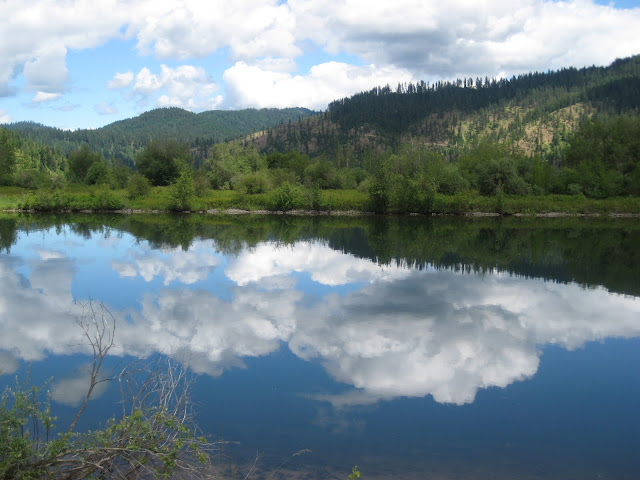 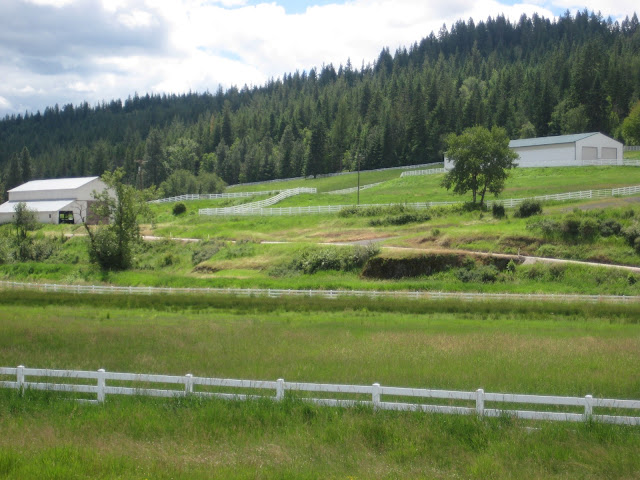 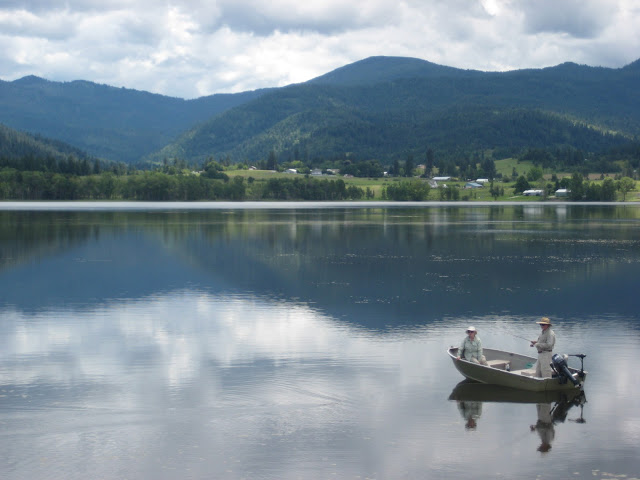 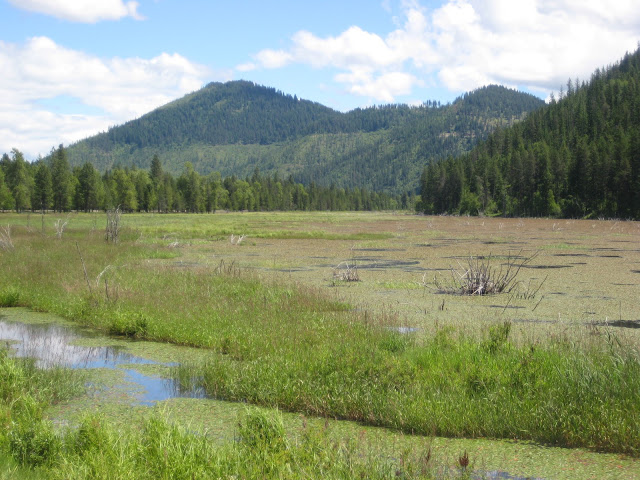 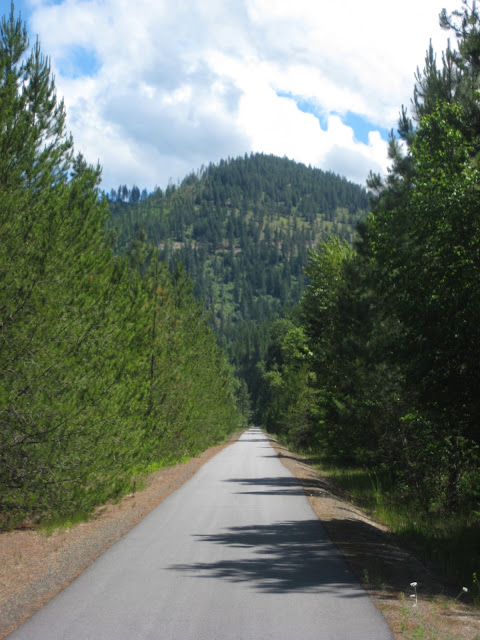 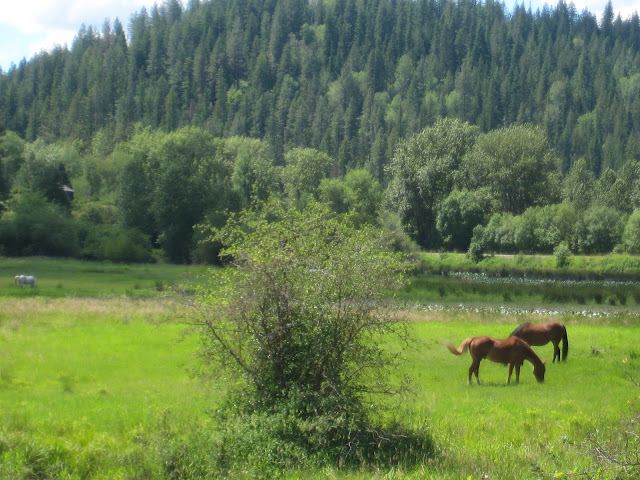 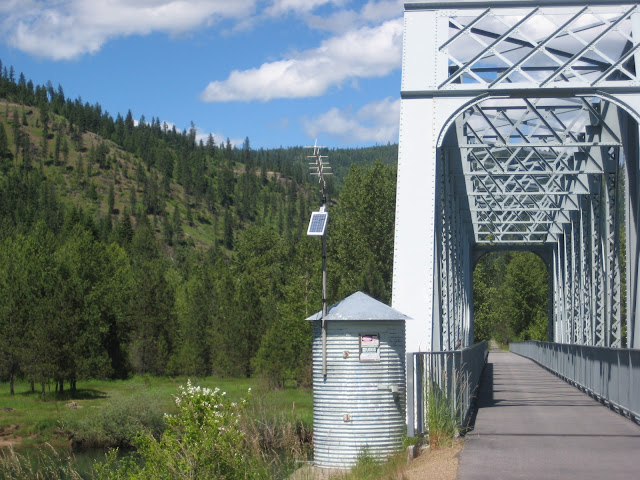 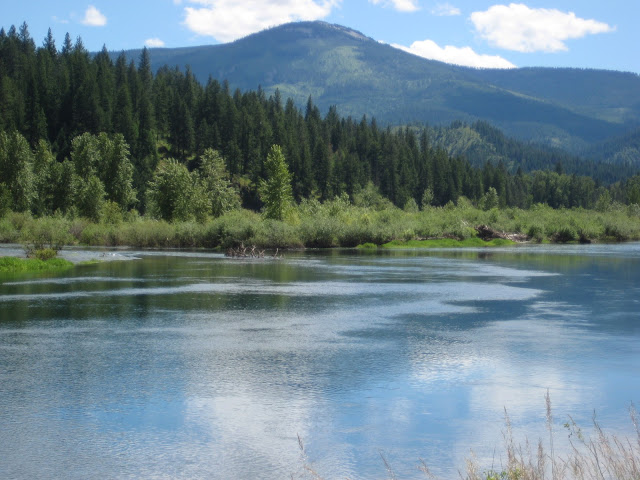 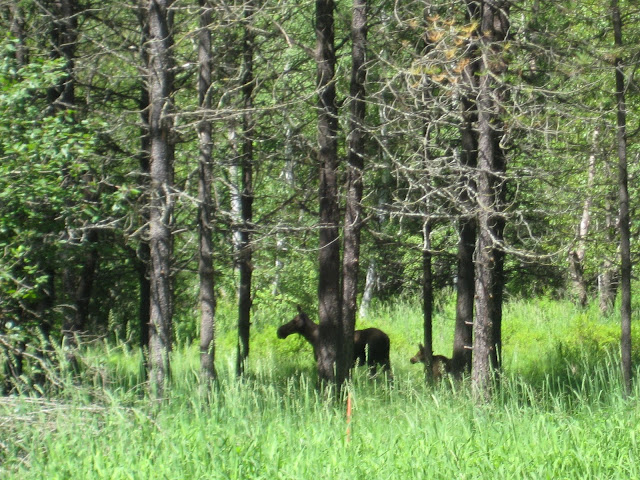 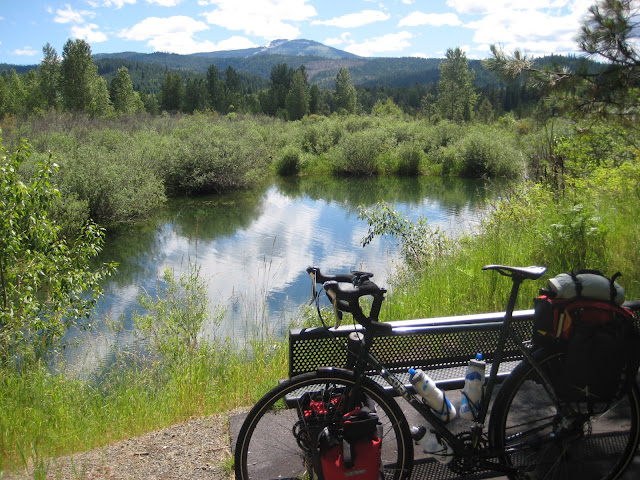